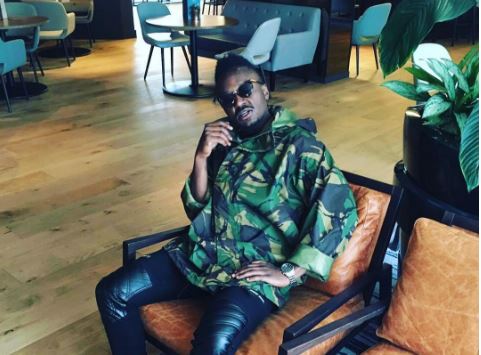 Sauti Sol band member Savara Mudigi has moved the clear the air on allegations that he was driving under the influence during a minor accident that he was involved in on Thursday morning.

According to a twitter user, @twinbrowaken, the singer was drunk when he hit two vehicles – a Toureg and a VX – along Dennis Pritt Road.

Has any media house picked Savara Mudigi’s drama on Dennis Pritt Road early yesterday morning when he hit a Touareg and a VX while DUI?

However, Savara denies he was under the influence. He says his car and that of another motorist just scratched each other on his way to the studio.

“I was not drunk you can even check with the police records, my car only sustained a small scratch since it was not a big impact. I do not know why the public might want to blow it out of proportions and going further ahead to post lies on social media, without getting their facts correct,” says Savara as quoted by chillax.

The twitter user took to the social media platform again to claim Savara was lying.

“Just scratched each other” “He was on his way to the studio.” LMAO. ??

Anyway, Savara is a nice chap. He’s called me a liar but isokay. ?

PHOTOS of Former TPF Contestant Wendy Kimani’s Growing Baby Bump < Previous
“This Is How I Met Uganda’s Jose Chameleone,” ‘Charm’ Songbird Vivian Next >
Recommended stories you may like: