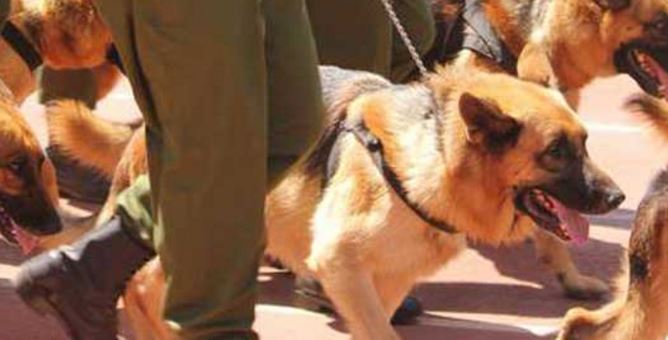 Police officers in Karatina have a mystery to solve involving finding one of their very own -Officer Ramsey.

Officer Ramsey, a male German Shepherd, disappeared from his kennel at the police station in Nyeri County on Tuesday after night patrol in Karatina.

Most baffling about Ramsey’s disappearance is how a trained dog would escape from a secured kennel, located inside a police station that is also the divisional headquarters.

According to Mathira East Divisional Police Commander Mathews Gwiyo, the disapperance of Ramsey – whom they got in September last year – is shocking and suspicious.

“It is very shocking how the dog disappeared. The dog’s handler said he secured him well in the kennel but when he went to check on him in the morning, he was gone,” Mr Gwiyo told Nation.

In addition to combing the county in search of the canine, detectives are also investigating the possibility that the dog was never returned to the station after the night patrol.

The police boss could not confirm that Ramsey was put back in the kennel by his handlers after the night patrol.

Officers are appealing to members of the public to provide information that would help find Officer Ramsey.

Poilce dogs are treated as officers owing to their training in patrol and tracking skills, narcotics and explosives detection, viciousness and discipline.