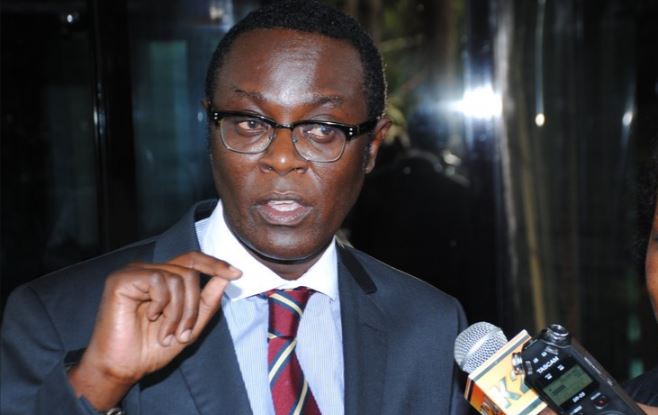 Political analyst Mutahi Ngunyi has come out to disown a quote associated with him regarding the next president of Kenya.

The controversial political commentator famous for his ‘Tyranny of Numbers’ hypothesis was quoted as saying that Raila will be the next president of Kenya.

”Raila will be the next president of Kenya come August 2017. And even president Uhuru Kenyatta knows.” he is rumoured to have said.

The fake quote added, ”The house of Mumbi is not happy with his presidency – we politic as a team but when it comes to eating meat. The meat eaters are just a few.”

Commenting on Twitter yesterday, the real Mutahi Ngunyi dismissed the quote and reiterated his belief that Raila Odinga will never be president.

”The message below is FAKE. It is part of RAILA propaganda. Raila is a SLOW-PUNCTURED politician who will NEVER become KING! #OdingaDynasty” he tweeted. 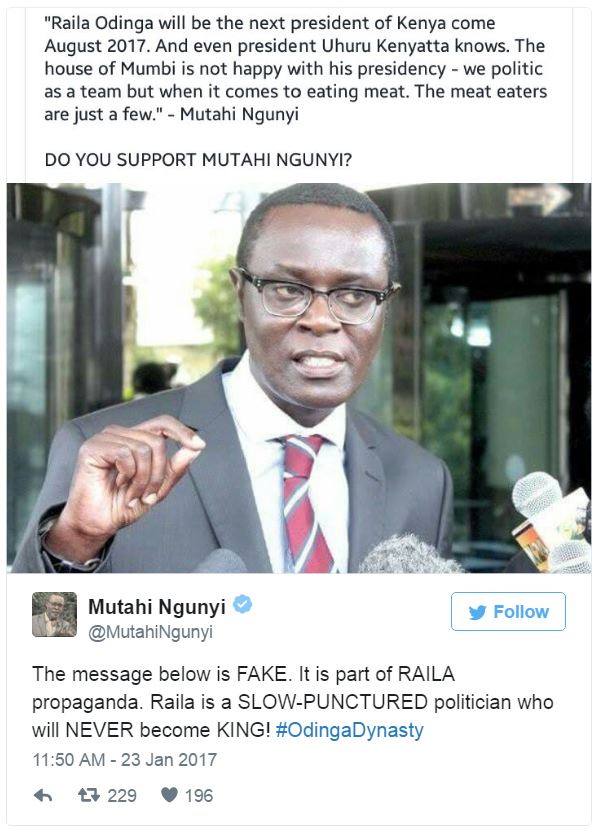