Globally, the United States, as expected, accounts for the most traffic. In Africa, South Africa leads the way and is position 20 worldwide.

For the second year running, the most viewed category in Kenya, just like most of Africa, is ‘Ebony’. As a matter of fact, the only countries in Africa where ebony is not the top categories are located in North Africa, with Somalia and Madagascar being the exceptions from the East.

In the US and Canada, ‘Lesbian’ seems to be very popular. 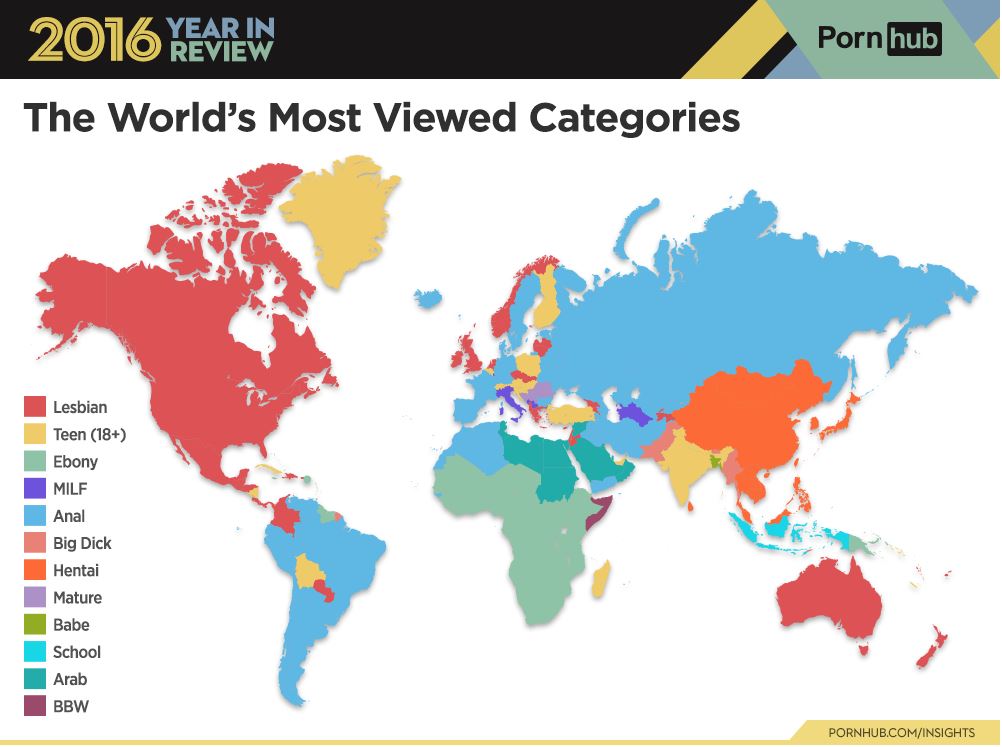 Kenya is also not left behind in the ‘Lesbian’ craze, which says a lot about what we say publicly about homosexuality and what we do privately. 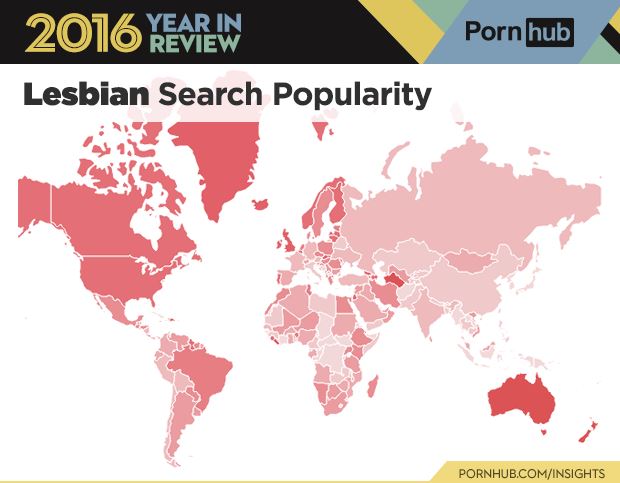 Other popular categories in Kenya include: Cartoon and Massage. 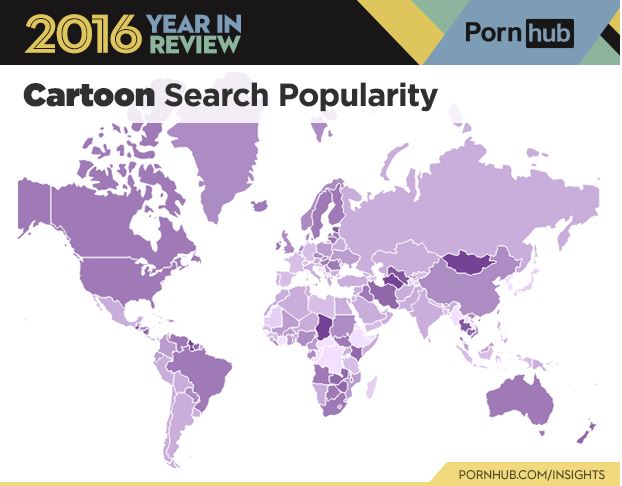 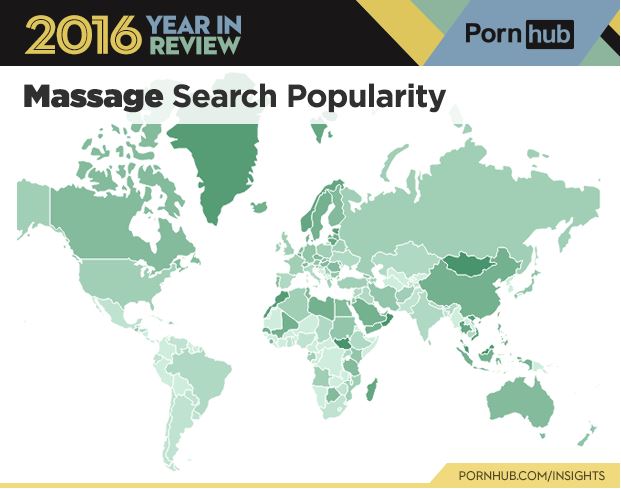 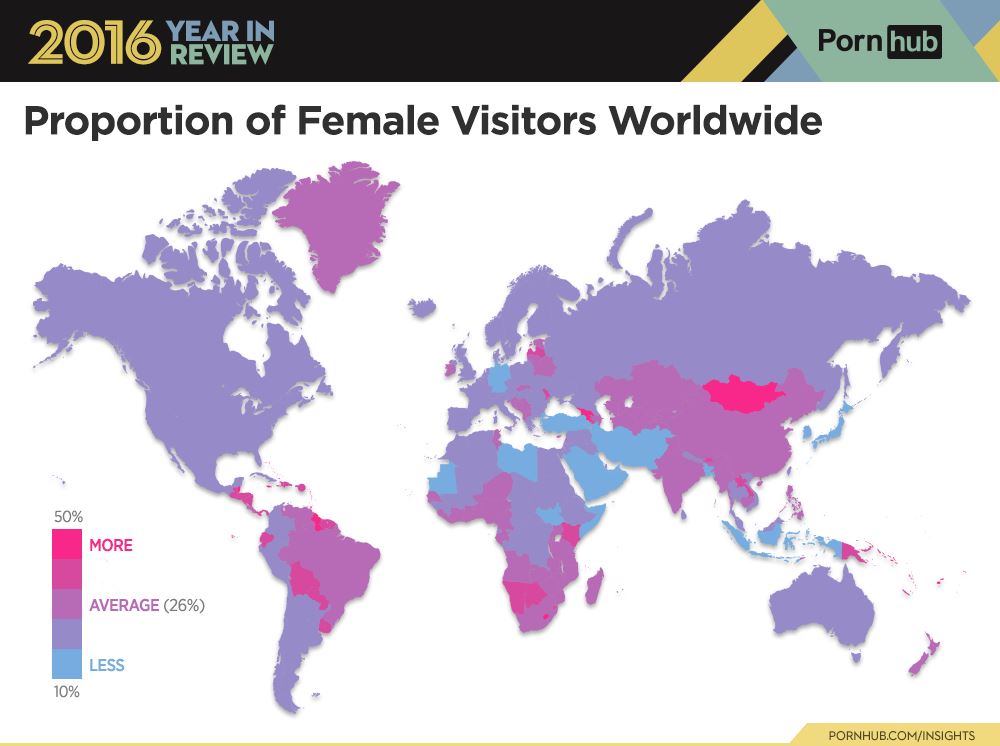 Some other peculiar stats from Pornhub’s global audience is the average time spent per visit. The average worldwide visit duration is 9min 36sec. In this stat, South Africa has one of the longest duration of 10min 46sec. Kenya’s average duration is however not provided. 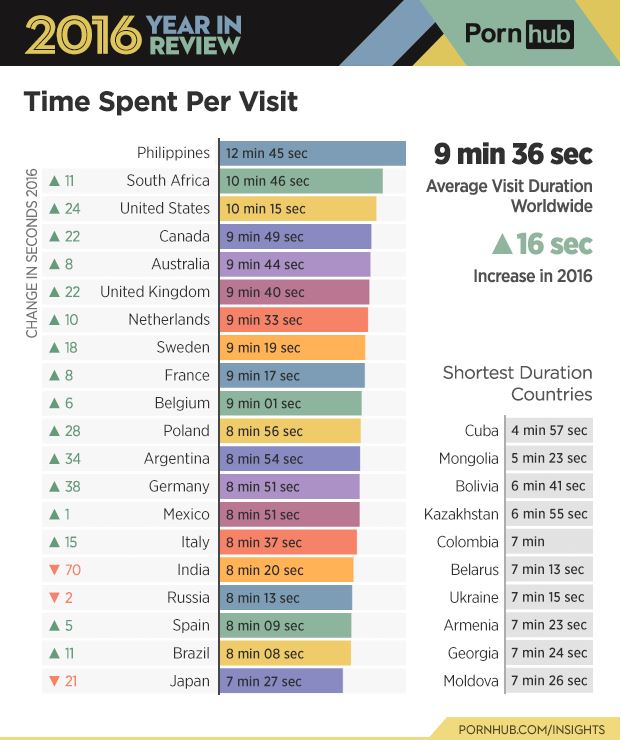 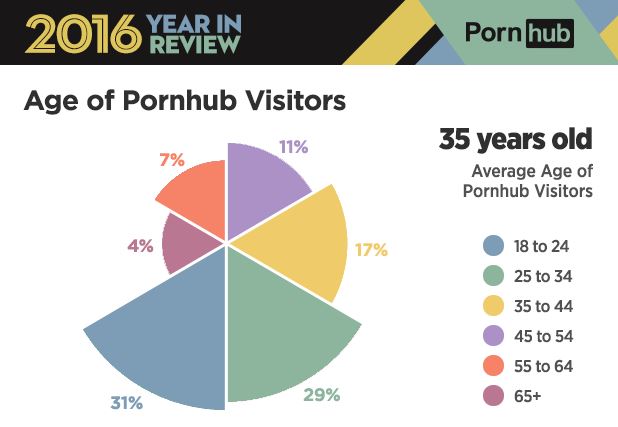 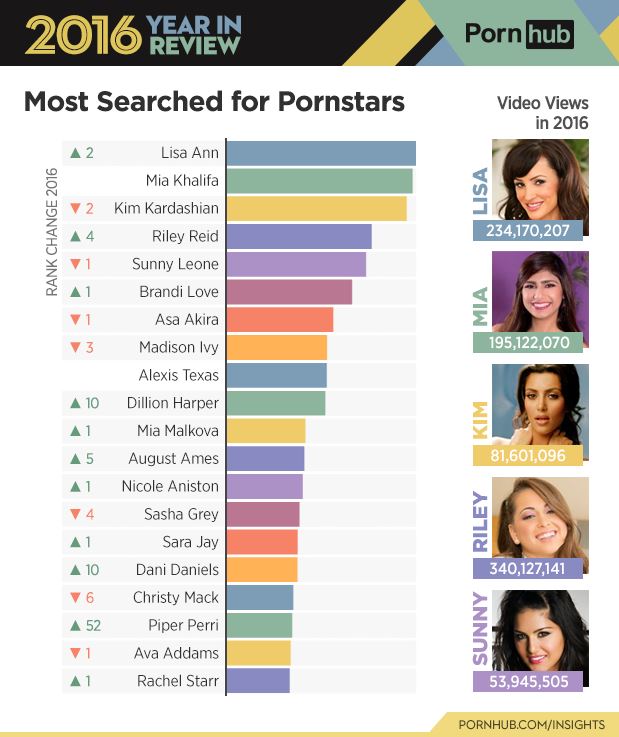 There was also a spike in interest in Trump related material. Not sure there is any to be found.

Demi Lovato in Kenya… Again < Previous
The Hottest Stories on the Internet Today (Wednesday January 11) Next >
Recommended stories you may like: