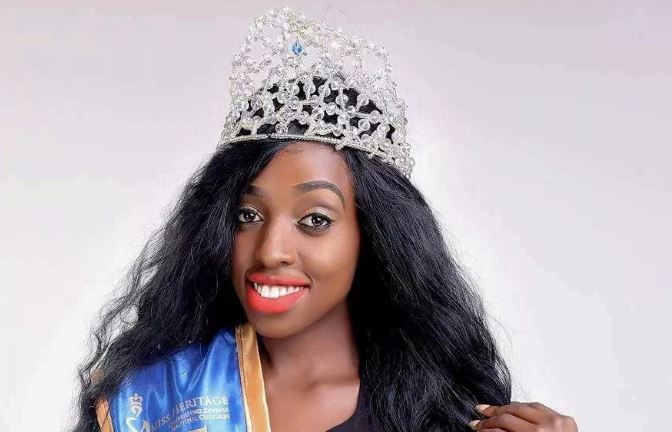 The beauty queen who got to national spotlight after her photos with Lang’ata Women Prison inmates went viral, had been hospitalized since mid-January 2017 after she returned to Nairobi from a function in Tanzania mid-December 2016. 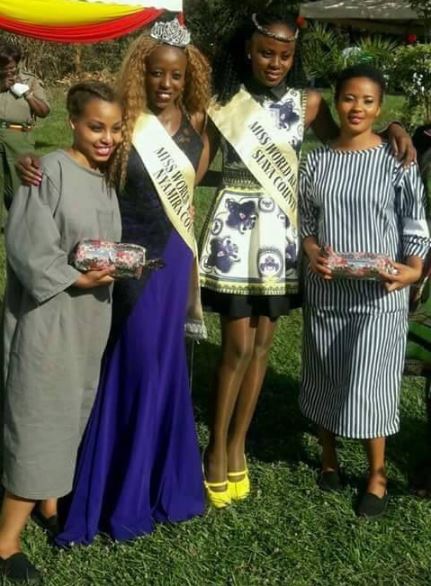 Her father Josephat Momanyi narrated to eDaily his heartwrenching last moments with the model as follows:

“My daughter Mercy Mokeira’s health problem began when she returned to Nairobi from a function in Tanzania mid December 2016. She called me on phone and said she had symptoms of malaria. She also told me that she had visited medical facilities, but the doctors would see nothing wrong with her health.

“I told her to come to Gilgil so that I could take her to hospital. Christmas was approaching at the time. When she came, I took her to a Mission hospital in Gilgil. They ran tests on her but no successful diagnosis was made.

“They referred us to a Naivasha hospital for advanced laboratory testing. We went to the hospital, the tests were conducted but still there was no detection of an illness.  We returned to the Gilgil hospital. At that time she had lost 5Kgs – down to 40 from 45. The doctor then referred us to a Kijabe hospital.

“While at Kijabe, they diagnosed her with thyroid disease. They put her on medication. She used to complain of joint weakness and pain. However, she could still do several activities by herself, including walking. She lost another kilogram, dropping to 39. However, she used to eat normally.

“She continued her medication but later her condition worsened. It is from that point that she could no longer walk. I returned Mercy Mokeira to the Mission hospital in Gilgil. This time, her mouth would fill up with saliva. She could no longer eat. She had to be fed through a feeding tube, which was inserted through the nose into the stomach. The doctors advised us to conduct a chest X-ray on her, but still no health problem was detected.

“The Mission hospital then referred me to North Kinangop Hospital. The doctors at North Kinangop conducted nearly all tests on her, but still nothing was detected. They even asked me, desperately: ‘What are we supposed to treat? We can’t see anything wrong with her.’

“They gave Mokeira some antibiotics and took blood samples from her, which were sent to Lancet Group of laboratories in Nairobi for further scrutiny on Tuesday. On Wednesday, they told me to go take the test results. Given the vegetative state of my daughter, I told her sister who lives in Gilgil to look after her as I embarked on a journey to Nairobi.

“On Saturday morning, I was yet to receive the results. Her sister told me Mercy Mokeira had woken up well but she was complaining of excessive body heat. At around 4:00pm Saturday, her sister called me on phone while crying and told me that Mokeira had not been talking and was pronounced dead at 11:30am. I called a doctor at North Kinangop Hospital who confirmed the heartbreaking news.”

Mercy Mokeira was to graduate from Kenyatta University in June this year with a Bachelor’s Degree in Law.

“I am saddened by the death of Mercy Mokeira. I pass my condolences to her family and the entire Nyamira County. Mokeira was a very cheerful lady, and she did a good job in the fight against jigger infestation in different parts of the country.”

Wedding Bells for Grace Msalame’s Baby Daddy (Pics) < Previous
According to KOT, Here’s Why CS Amina Lost the African Union Commission Chair Seat Next >
Recommended stories you may like: