Dr Oluga: ‘Kenyans Who Receive Treatment in India Die Within a Year’ 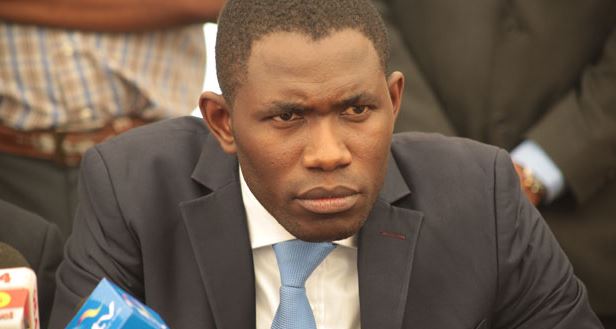 Apparently, Kenyans who seek treatment in India die within a year according to Secretary-general of Kenya Medical Practitioners and Dentists Union Dr Ouma Oluga.

Mr Oluga was speaking to The Nairobian amid the ongoing standoff between doctors and the government over pay.

In the interview, Dr Oluga speaks about what it takes to be a doctor, devolution and health and why a pilot shouldn’t earn more than a doctor.

Doctor’s strikes lead to loss of lives. How does that make you feel?

I feel very bad. Strikes by doctors however occur all over the world – from the UK Israel, to Ghana and other countries. If society places doctors professionally high up the ladder, they should do the same with the doctors’ demands. It is unfortunate for doctors to be forced to strike. I hope I do not have to do it again.

If you fell sick today, would you drive to a public hospital?

I’ve been admitted at Kijabe and Vihiga while working there. I would do it any day. That is why we have to make them better.

The union wants medical interns to earn Sh600,000. Is that fair, considering senior government engineers and architects don’t even earn half that amount?

Just to correct you, it is Sh325,000, which is gross pay. There is nothing unfair about that. A newly qualified First Officer pilot will earn Sh370,000 after training for 18 months. A doctor trains for more than six years. Kenyans should stop comparing salaries, but instead compare productivity and value output. Interns have responsibility over life too.

If doctors get the pay rise they are demanding and other health workers don’t, won’t that create disharmony at work?

There is no disharmony, and there would be none. Pay is based on complexity of work, not working in a similar place. Compare the pay of various State officers. In any case, KMPDU has always negotiated for all other cadres, even drivers. We can help cadres like the Clinical Officers to craft something to engage their employer for improvement in their terms and working conditions. We are not in the habit of infighting. We congratulate nurses on their deal and we hope they are happy. I hope the government takes the same initiative with the doctors.

Why did you want to be a doctor?

I admired doctors from my early years in primary school and specifically my cousin, Dr Amos Otedo, now a physician gastroenterologist at Kisumu District Hospital. I admired how doctors interacted with people and how they carried themselves with decency and decorum.

None whatsoever. This has to be the best profession ever. I like its diversity and holistic approach to life. In medicine, one goes through all manner of emotions – from joy, sadness, love to seeing other people from various walks of life go through the same roller-coaster that is life. It has taught me resilience and the belief that doctors can fit anywhere and do anything they desire in life.

What does it take to qualify as a doctor through med school?

Aptitude, endurance, resilience, and brilliance obviously. Anyone with some degree of endurance and a human heart, one willing to sacrifice seven years of their life to studying can be a doctor.

But some students drop out. Why?

Medical school is not for jokers. Anyone without those attributes I have listed will drop out. Someone lacking passion and a certain view of life, one who does not love human interaction would be best placed elsewhere.

Which hospital did you practice right after graduation? What conditions did you find?

I started at AIC Kijabe Mission Hospital for my internship and spent 18 months there. It was a good place to start as it taught me good work culture, compassion and discipline. It was an equally difficult environment to be in as one is out of touch with the world in a way, not forgetting the heavy workload for almost no pay.

In brief, why are doctors on strike?

Because we want better working terms and conditions for the doctors and better healthcare for wananchi. All these issues are captured in the Collective Bargaining Agreement whose implementation by the government we are seeking.

What is the position of the union on devolution of health?

Most health systems worldwide are decentralised, but it took them more than 40 years and that is how they succeeded. Look at Papua New Guinea, Malawi or NHS in the UK. Kenya hurried its devolution, doing it in the dark with no devolution policy and no health policy that looks at structural and administrative issues that would protect Kenyans’ right to highest attainable quality of health; and the rights of the healthcare professionals.

Additionally, devolution has exposed Kenyans to political turbulence and instabilities; healthcare workers have become slaves of politicians. Where there are governor-MCA wars, health is affected in a fundamental way because things like supplies get affected.

How do we make it work?

Systems of management should be standardised through proper policy, and establishing a body that is both national and supra-county like a Health Service Commission.

Why is the quality of healthcare in India better but more affordable than Kenya?

It is actually worse! What is good with the Indian health system is marketing. Kenyans arriving from treatment in India die within a year. You are aware that we have lost doctors too.

Companies that ferry patients to India won’t tell you this because they sell hope. Those that come back well would have probably be treated here anyway. Perception is everything. The Indian private sector is doing well, but with government subsidies that will favour drug manufacturing or transport of patients, all in a bid to promote medical tourism. The government has to be involved to improve the health system and our Kenyan environment is more resilient than the Indian one for this.

Why is it that politicians don’t get treated in public hospitals?

Because the international insurance they have on the taxpayers’ account affords them the luxury to not consume public social services like health. There should be a policy that requires public officers and their families to consume public services.

Where did you school and how did you perform in KCSE and KCPE?

I went to Okela Primary School in Rarieda and got 537 out 700 points before proceeding to Maranda High School where I scored an A. I graduated with a Bachelor of Medicine and Bachelor of Surgery from the University of Nairobi in 2010.

OMG: Five Abducted Men Beaten and Forced to Eat Their Own Faeces in Meru < Previous
Funny Video: Watch How Luhya Guys Divide Ugali Between Friends Next >
Recommended stories you may like: