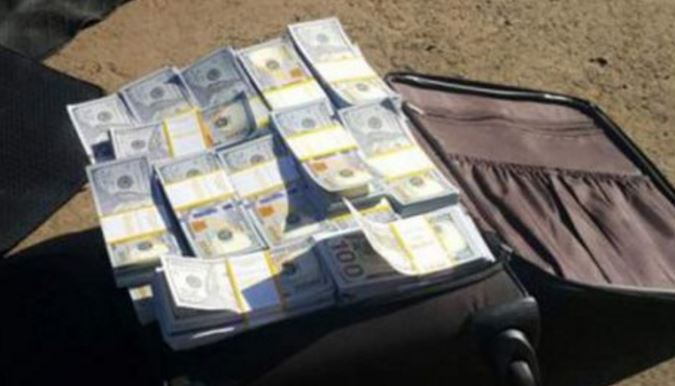 A Cameroonian national has been deported after he was found with fake US currency worth over Sh1 billion in Nairobi.

Mr Doctta Peter Longa was deported after police seized the counterfeit notes at his home in Karen estate. Mr Longa was also found with 30kg of fake gold which he was to sell to a group of foreign businessmen at Sh120 million.

Police said the suspect had planned to pump the money into the Kenyan economy.

His four accomplices were also arrested and deported on Tuesday evening to Nigeria, Democratic Republic of Congo and Cameroon. They were all put on a plane headed to Douala, Cameroon.

Mr Longa who has been operating as a trade in the country since 2009, had some of the fake US currency in his new saloon car when police pulled him over. He reportedly attempted to bribe the officers but his efforts were futile.

Police accompanied him to his home where they conducted a search in the presence of his Kenyan wife and seized more fake money and gold.

The suspect was in 2012 charged with assaulting his Kenyan wife at their Lavington home but was later released on bond.

Kenyan Wins The Internet with Hilarious Imitation of World Famous ‘Sprinkle’ Chef (VIDEO) < Previous
The Trending Images This Thursday Next >
Recommended stories you may like: