“I Will Not Apologise To DP William Ruto” – Kiambu Governor Kabogo 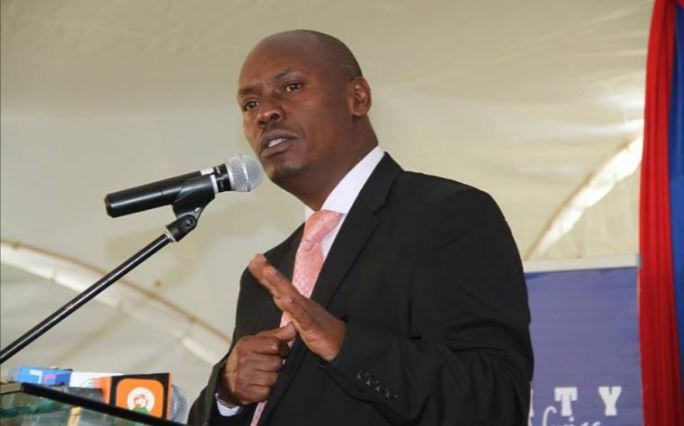 Like we always say, Kenyan politics is like a circus show! Even before we elect our next president in 2017, talk of 2022 presidential elections has started in earnest.
On Wednesday, Kiambu County governor William Kabogo claimed that the Mount Kenya region would not automatically support DP Ruto’s 2022 presidential bid just by virtue of being a Deputy President and a member of Jubilee party.
The remarks sparked criticism from a section of leaders from Central and Rift Valley regions who accused the Governor of pushing for his selfish interests.
Kabogo has responded to those accusations saying that he will not apologise to Deputy President William Ruto for dismissing his 2022 presidential bid.
He said on Thursday that the Deputy President is his friend and would not spare him from the truth.
“Ruto and I are friends and as such I am entitled to tell him the truth. The conversation for 2022 presidential elections should begin now,” Kabogo said.
Kabogo further noted that Central region is a big block and may end up splitting it votes should Meru Governor Peter Munya, Tharaka Nithi Senator Kithure Kindiki and DP Ruto all choose to run for the presidency.
Source: Citizen TV

Nairobi Beggar Arrested in Mombasa For Using Burn Victim Boy To Solicit Money (PHOTOS) < Previous
Can You Solve This Riddle That Has Shut Down The Internet? Next >
Recommended stories you may like: