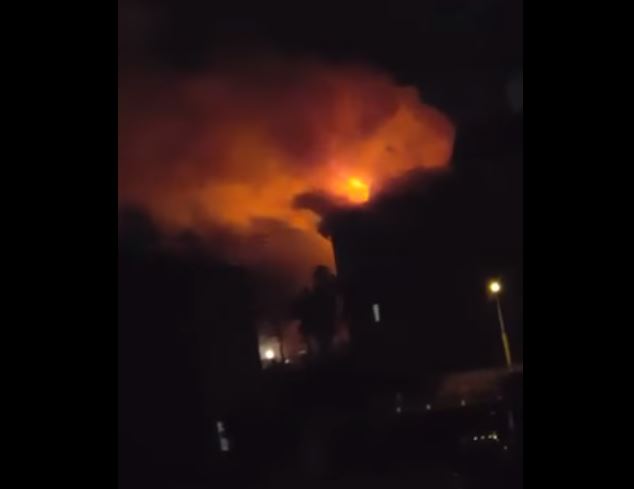 The house of Mbalambala Member of Parliament Abdikadir Aden caught fire on Monday, May 23rd night under mystifying circumstances.
The inferno reportedly broke out in the MP’s neighbour’s house on the fourth floor of  Kirichwa Heights Apartment in Kilimani Estate, Nairobi.
The ODM legislator’s wife and children were in the house when the fire broke out at around 8pm. Luckily, the wife was able to get the kids out of danger while Aden was out for his regular exercise.
Kilimani area Police Boss Peter Kattam confirmed the incident.
“We got reports at around 8:15 PM on Monday that there was fire at Kirichwa Heights Apartments. We rushed to the scene and started putting out the fire. Unfortunately, the flames were very intense such that by the time we subdued it, two floors had been extensively damaged,” Mr Kattam said.
“We are waiting for house owners to confirm the absolute value of property burnt, though we suspect property worth hundreds of thousands was razed,” he said, adding: “I wish to confirm that nobody was burnt.”
The MP was quoted saying that he suspected his Chinese neighbors of carrying out suspicious activities in the house.
“These Chinese fellows would come and live many of them in one house and you do not know what activities they are carrying out.”
“When the fire started in their house the neighbours actually went to help them. The fire was just in one bedroom but they came out, locked the door and disappeared. We had to break down the door to give access to the firefighters,” Aden told Kenyans.co.ke
Here’s a video

The Hottest Stories on the Internet Today (Wednesday May 24) < Previous
This VIDEO of a Protester Running from GSU Officers is the Funniest Thing You’ll See Today Next >
Recommended stories you may like: