It’s an open secret now who the opposition blames for Jacob Juma’s murder.

Deputy President William Ruto was mentioned directly and indirectly during the requiem mass and burial of the late businessman. Juma was reportedly buried with a torch and knife according to traditions.

Apparently, the moment the torch exhausts its batteries and goes off, bad things will start happening to his killers.

Now on Wednesday night, blogger Rober Alai posted on his social media pages that a VVIP had been rushed to Nairobi Hospital.

On Thursday night, he revealed who it was – Deputy President William Ruto. 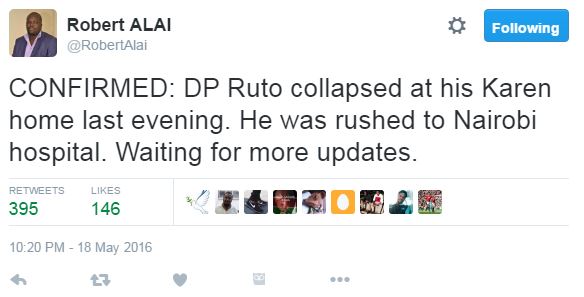 That was the beginning of the hashtag #TorchWentOff.

The DP and the President were to begin their visit to North Eastern Province, and soon pictures started surfacing showing Ruto arriving in Mandera. 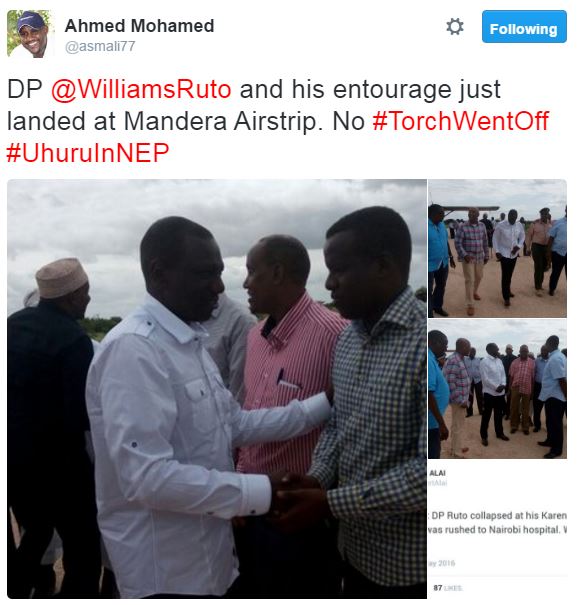 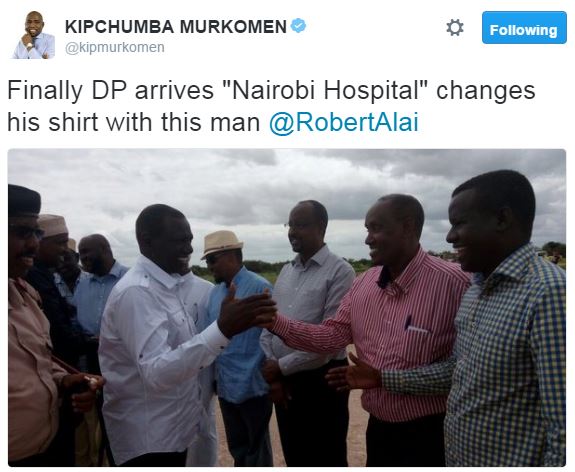 As expected, Alai dismissed the photos, insisting Ruto was not in Mandera. 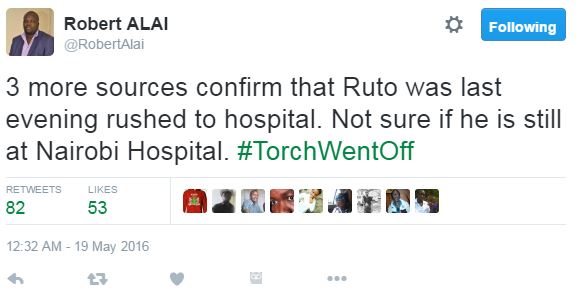 Well, it remains to be seen whether the torch indeed went off.

Meanwhile, the killers are probably hoping some long lasting batteries were used and not some cheap Chinese brand.

Loading...
Drunk Nakuru Chief in Viral Video Now Sober After Rehabilitation < Previous
Here’s What Happened to Man Caught on Camera Being Roughed Up by Protesters on Monday Next >
Recommended stories you may like: