Huruma Survivor Story: I Was on the 4th Floor Balcony, My Husband Was Sleeping 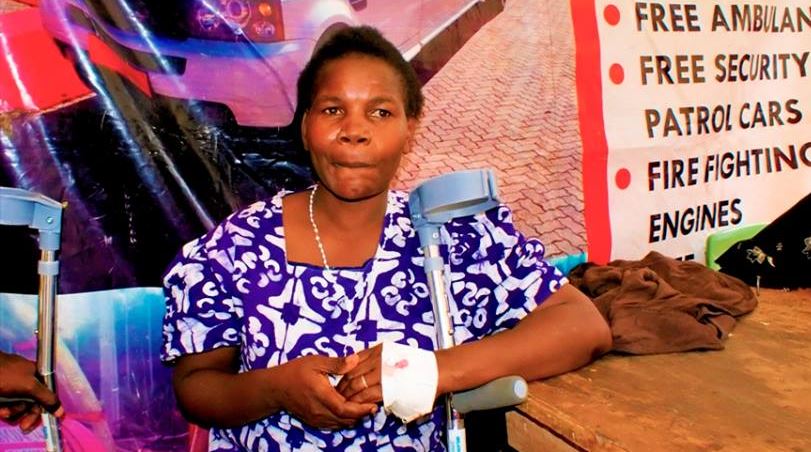 Spirits of Nairobi Facebook page is running stories from Huruma tragedy survivors.
“I was in the house with my two young kids and my husband because it was raining heavily and was very muddy. One of the children went out and came back running, shouting that people are saying the house is falling. I just held the younger kid by the hand and went to the balcony to check what was going on down below, since I lived on the fourth floor. I saw a huge crowd gathered and talking tensely.
I thought I should go back in the house and wake up my husband who was sleeping. But the building went down on us just when I started walking back.
I thought I was dead until I felt my breathing. A huge slab covered us, but luckily it pressed my leg but I still had room from my waist to my head. My child was under me, and I was pressing down on her because of the weight of the slab. People were screaming all over and the youth volunteers were trying to save them. I struggled, picked my phone from my pocket and called my sister to tell her I was buried and I don’t know whether I will be found alive.
Just then, one of the young men doing the rescue lifted the slab and saw the luminous dial of my mobile phone and snatched it from me. He disappeared without trying to help me.
But luckily, others came immediately and lifted the block off me and pulled me out. They also pulled out my kid and took her and at that moment I knew she was dead. I was taken to Green House Medical Centre and later transferred to Kenyatta hospital, as i was engulfed in sadness of losing my child I heard her voice shouting then I saw her.
Although her clothes were covered in blood and dust she did not have any serious injuries and at that moment I thanked God. I am now nursing my broken leg and as you can see I am on clutches.
My husband was pulled out the following day but unfortunately he was dead.
I have three children that I will now have to bring up alone. Like all the other families we lost everything and the sh15,000 that we got from the state is barely enough to pay rent. We are pleading with the government to release the bodies of those who died and help the families with burial arrangements”