Cord leader Moses Wetangula stated that he has information about businessman Jacob Juma’s murder, and that he will share it with the public during his burial on Saturday.

In a statement to the press yesterday, the Inspector General told Wetangula to record a statement with the police if he has anything more than hearsay.

The police also urged anyone with information on the murder to come forward. 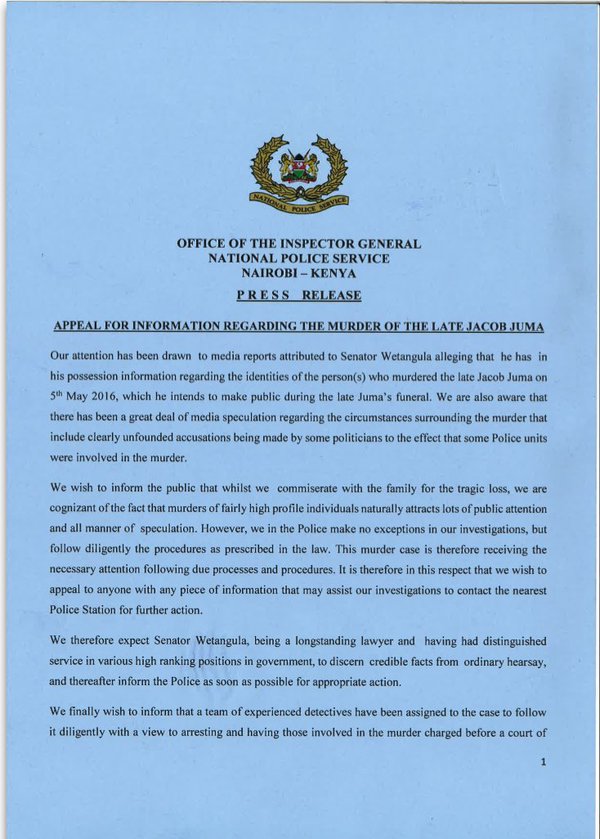 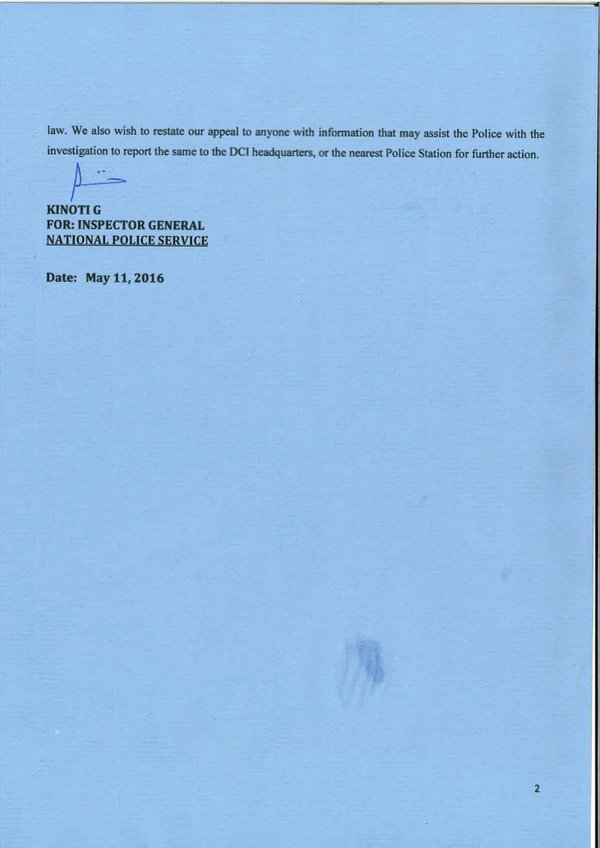 Loading...
Charity or Egotism? Aspiring Coast Politician Donates Sufurias and Buckets Branded with his Face (PHOTOS) < Previous
The Funniest ‘Dude, I’m Stoned’ Memes Next >
Recommended stories you may like: