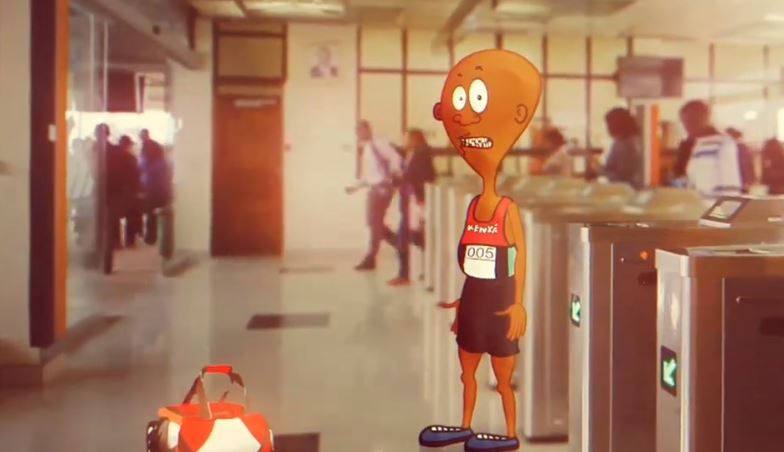 Popular animation company, Fatboy Animations, has created another clip featuring the famous Jalis(Charles) Lokong.
Jalis, rose to fame a few years back when an audio clip went viral. In the clip, the ‘Kalenjin witnesser’ struggled with the Queen’s language in hilarious fashion.
What followed was an animated character in his honor. After a long hiatus, he is back with a bang as a blow job officer.
This one might be banned by Kenya Film Classification Board because the sexual innuendos maybe too much too handle for Ezekiel Mutua.
Watch below:
Jalis Lekong – Episode 2 – Fatboy Animations | Facebook