VOTE HUNTING SEASON?!! After Sakaja, Governor Evans Kidero Too Eats with Locals at a ‘Kibanda’ (PHOTOS)

You know elections are near when leaders start making impromptu stops at local joints and treating residents to free lunch.
Ahead of the 2017 elections, Nairobi county gubernatorial hopefuls Johnson Sakaja and Evans Kidero have already kick started their charm offensive.
On Tuesday, Sakaja interacted with mechanics at Grogon garage and enjoyed lunch with them at a ‘kibanda.‘ He however received a massive backlash from Facebook users after posting photos as they faulted him for using old tricks in trying to woe voters after neglecting them for years.
On Thursday, it was Kidero’s turn to impress locals with his show of ‘down-to-earthness’. He was in Kaloleni where he too made a stop over at a kibanda for lunch.
Here are photos of the two gubernatorial hopefuls on their respective day out. 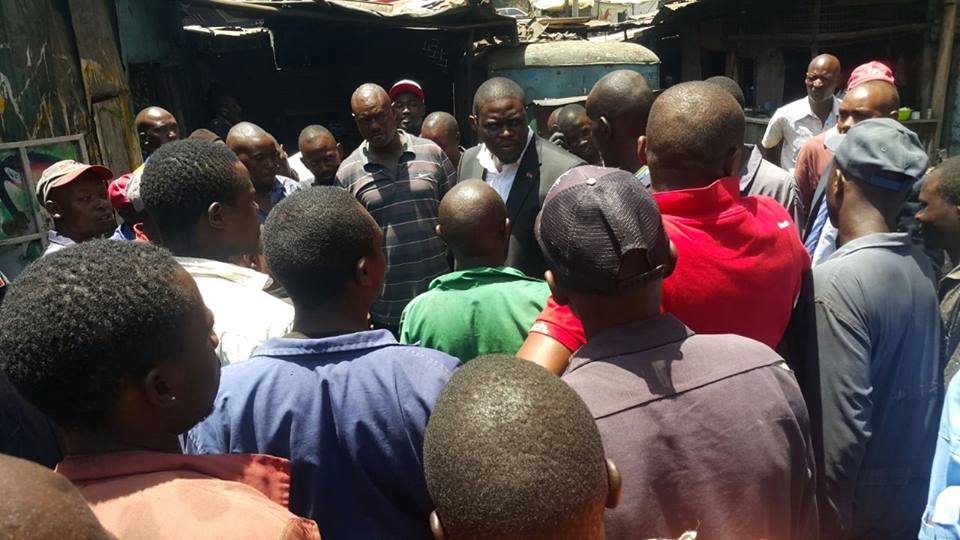 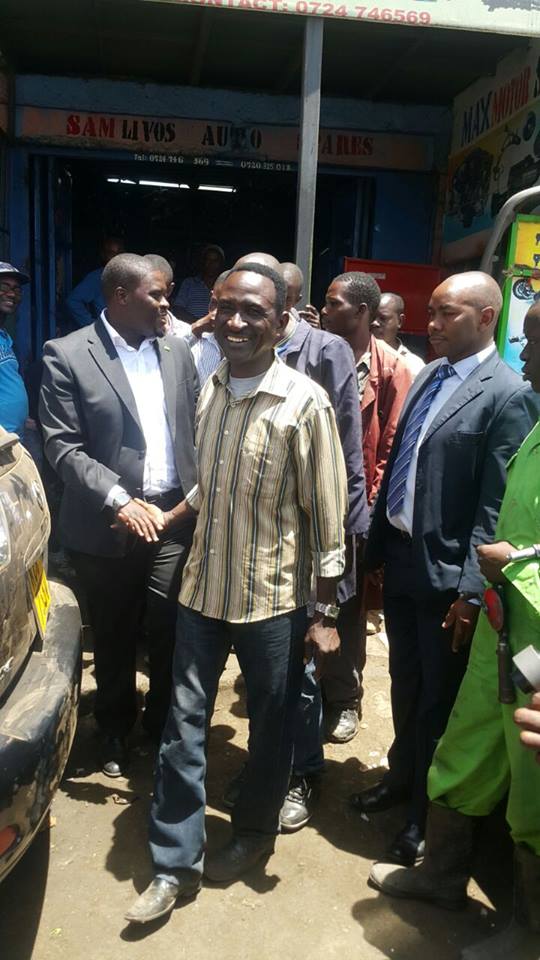 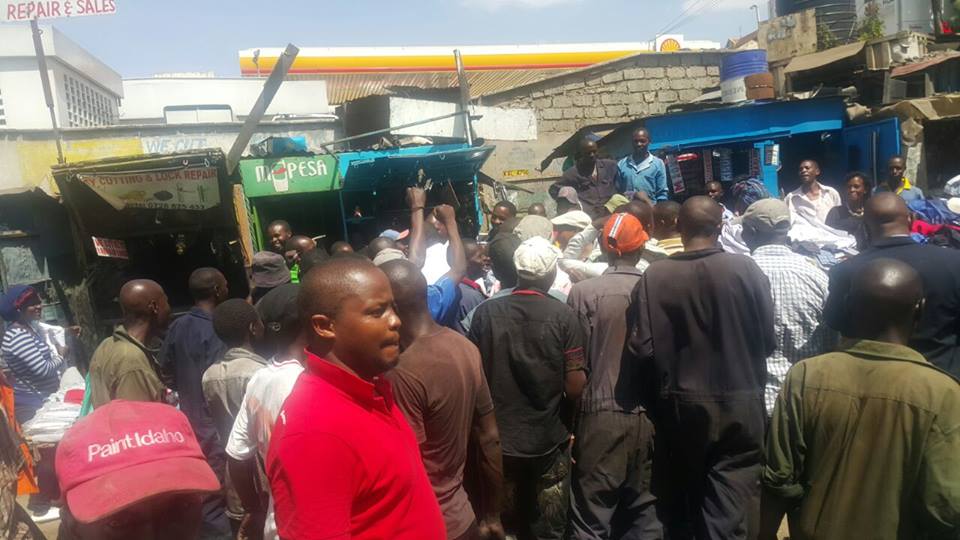 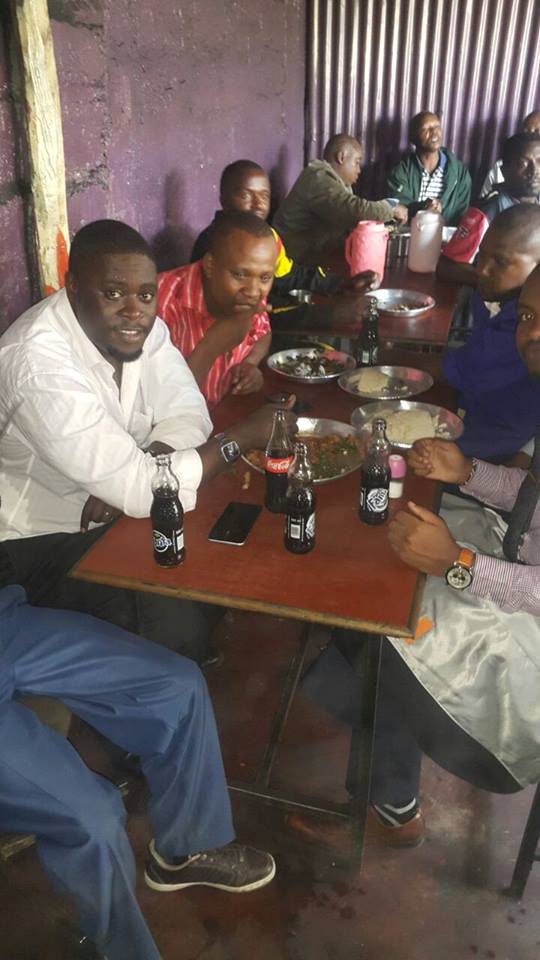 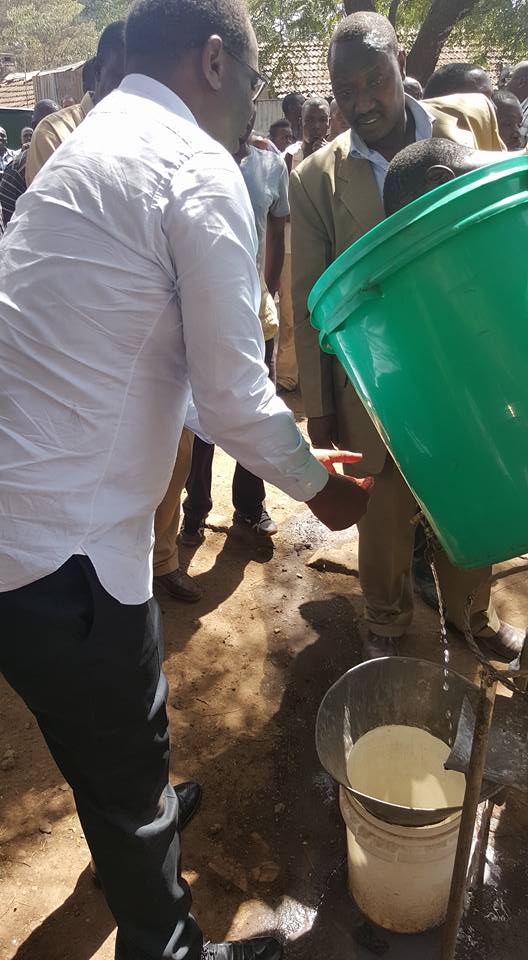 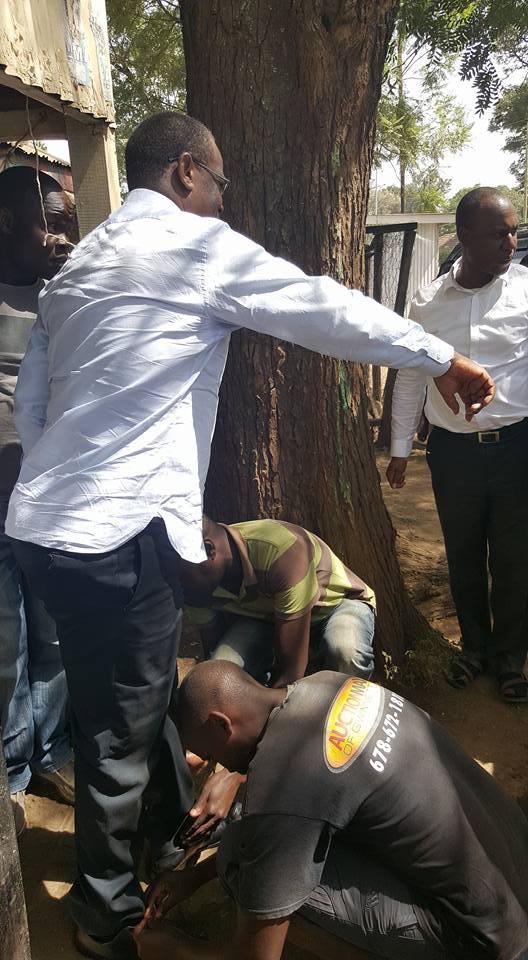 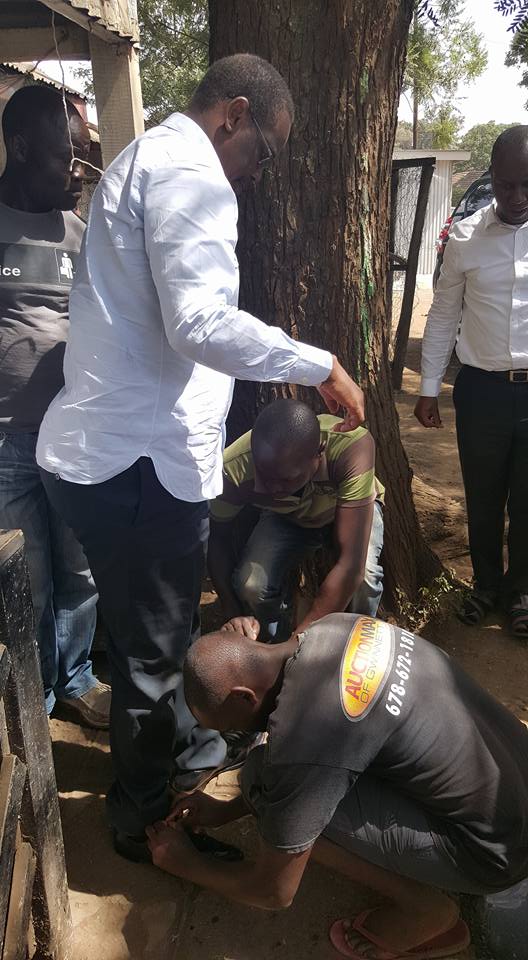 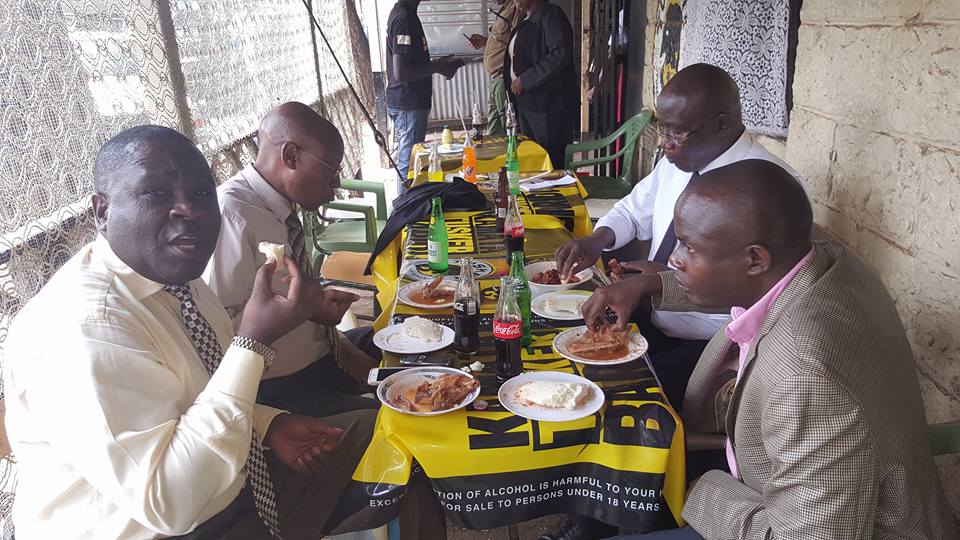 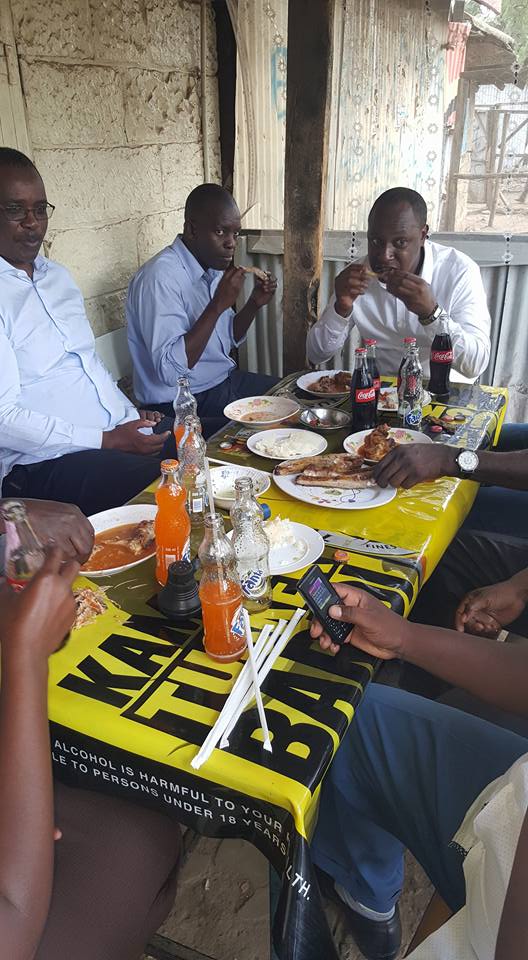 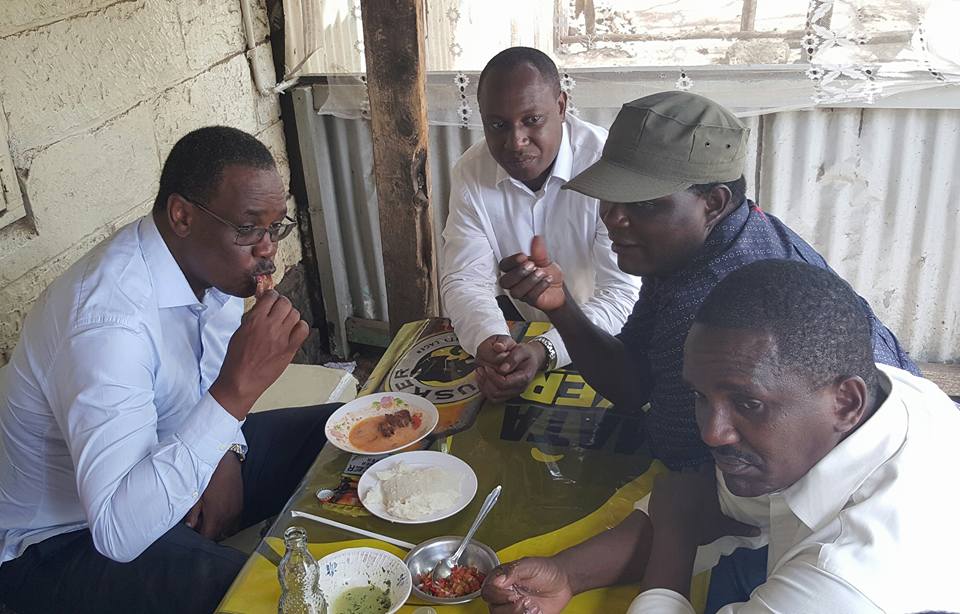 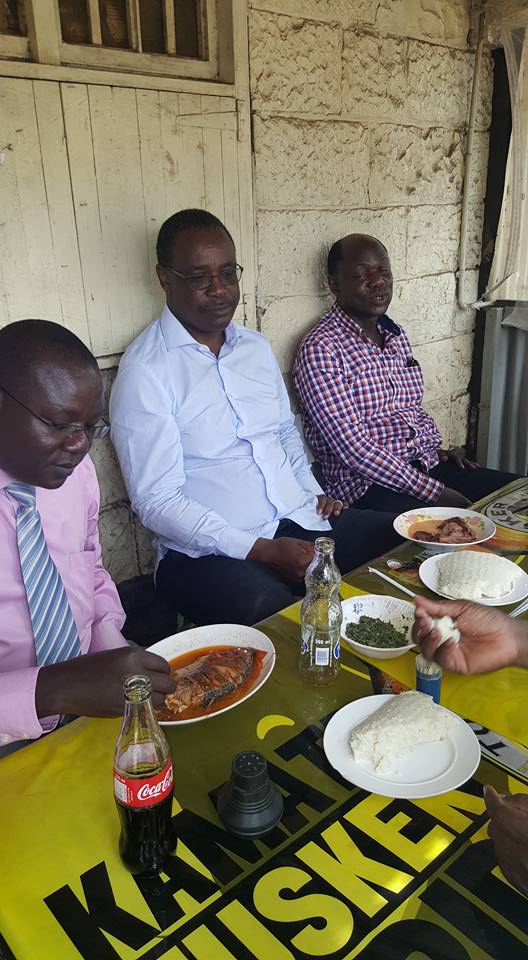