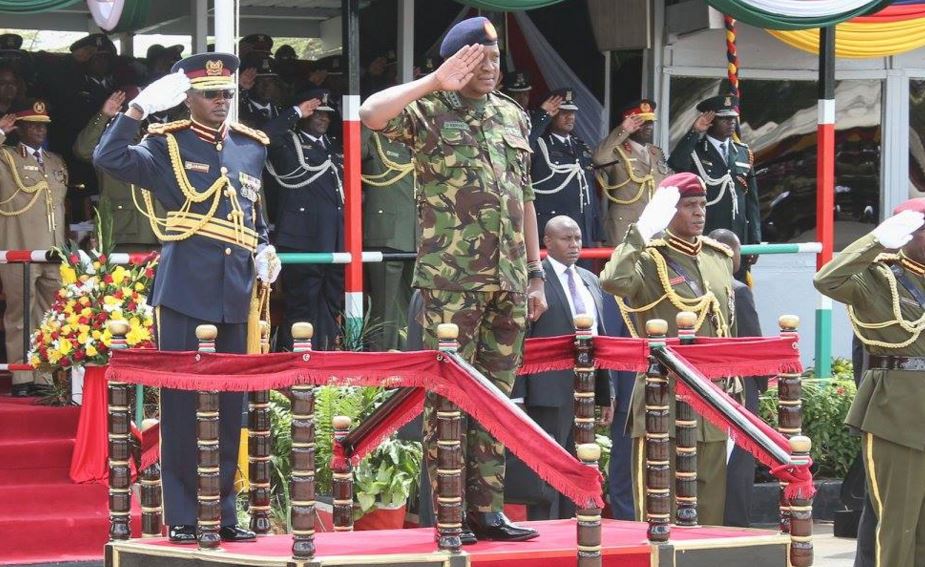 Inspector General of Police Joseph Boinnet has denied reports that there was an attempt to sneak a bomb into the GSU pass out parade on Tuesday.
President Uhuru Kenyatta was the chief guest at the passing out parade at the General Service Unit (GSU) Training school in Embakasi.
“There was no attempt to sneak a bomb,” Boinnet said in a statement issued on Thursday morning.
The Police boss confirmed that a suspect was arrested as he tried to access the school and handed over to anti-terror detectives for questioning.
“Someone was found with a motherboard of a small transistor radio in his bag at the security check as he queued to access the outer gate and was arrested for further questioning.” He stated.
Boinnet was responding to a report by the Daily Nation that two suspects were nabbed after they were found with bomb making materials while entering the ceremony.

LISTEN: Khaligraph Jones Leaves Nigerians Impressed on M.I Abaga’s ‘Black Bill Gates’ (AUDIO) < Previous
HILARIOUS! Guy Tried Breaking Up With Bad-ass Girlfriend, The Beating She Gave Him Will Shock You – VIDEO Next >
Recommended stories you may like: