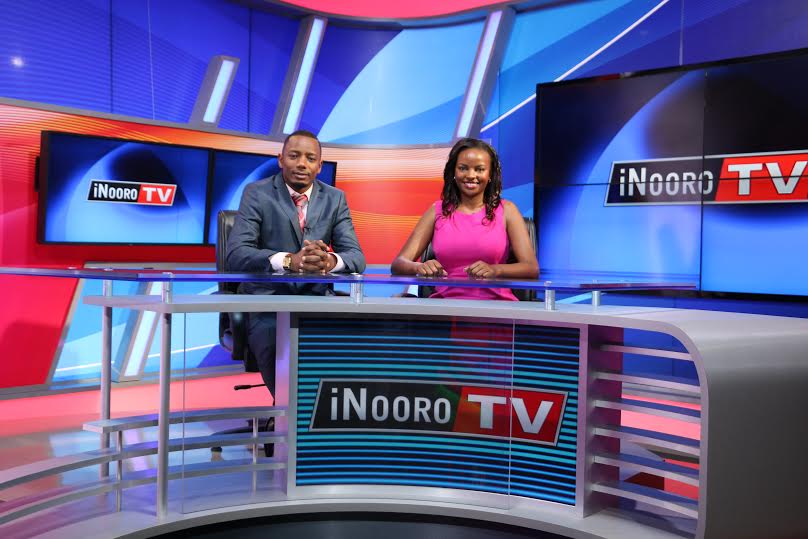 We all saw this coming. Royal Media Services newest TV station, Inooro TV has edged out K24 to take the 4th spot on Kenya’s most popular TV stations’ chart.
Ipsos has released the results of a recently carried out survey (paid for by Royal Media Services) on Kenyans’ viewing patterns.
As expected, Citizen TV is by far the most popular TV station in the country. The SK Macharia owned station takes an incredible 62.5% market share.
For many years, this has been the case with NTV and KTN fighting for position 2, both with less than 20% market share.
This time round, NTV comes at position 2 with a 15.7% market share, followed by KTN with 12.2%.
Launched with much fanfare last year, Inooro TV completes the top 4 with 4.8% of the market. Inooro TV caught most market players flat-footed with incredible Kikuyu content and probably the best looking news studios of any TV station.
While most vernacular stations were mostly low budget and maybe even experimental, SK Macharia went in full throttle and threw every existing Kikuyu station into oblivion. Kikuyu being the most common vernacular language in the country was a sure bet when it comes to eyeballs. Walk into any home in Central region and most of Nairobi and Inooro is certain to be on the menu.
The biggest loser in all this is Uhuru Kenyatta’s K24. Inooro’s entry has relegated it to number 5 with 4.5% of the market. QTV follows with 2.6%.
The National Broadcaster’s sad state continues and its share of the market now stands at a measly 2.1%.
KTN News, SuperSport 3 and Africa Magic complete the top 10. The 2 main media houses each have 2 stations in the top 10 list.
Other regional stations like Njata TV, Meru TV, Lolwe and Kass have negligible share of the market.
It will be interesting to see if and how these numbers change, but in the meantime, Royal Media remains the most important media house.

Protocol Hitch: How Uhuru was Left Stranded for 15 Minutes in Ghana < Previous
Gor Mahia Super Fan Jaro Soja Arrested on Assault Allegations (PHOTOS) Next >
Recommended stories you may like: