A tanker that was ferrying fuel left a major trail of damage along Mai Mahiu – Narok highway after its driver lost control, hit other five oncoming vehicles before rolling and bursting into flames in the middle of the road.
Though most motorists escaped unhurt, the messy Tuesday morning accident left one dead and scores of others with bad injuries. Unlike the past fuel-tanker accidents, this time, not a single Kenyan citizen was seen rushing to the scene of accident to siphon the pricey petroleum that the truck was transporting.
Below is a video clip and some few photos of the tanker blazing in hot flames of ragging fire. 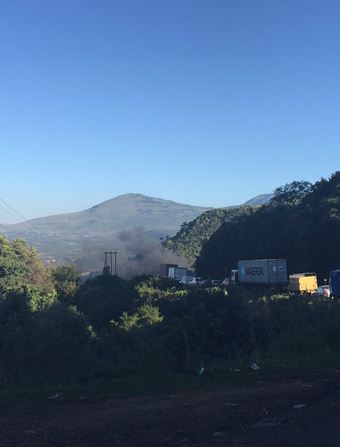 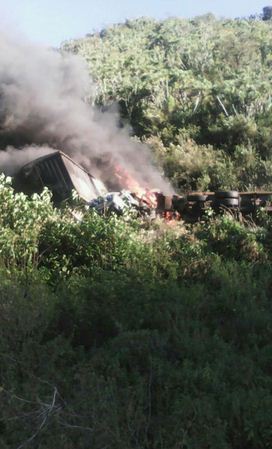 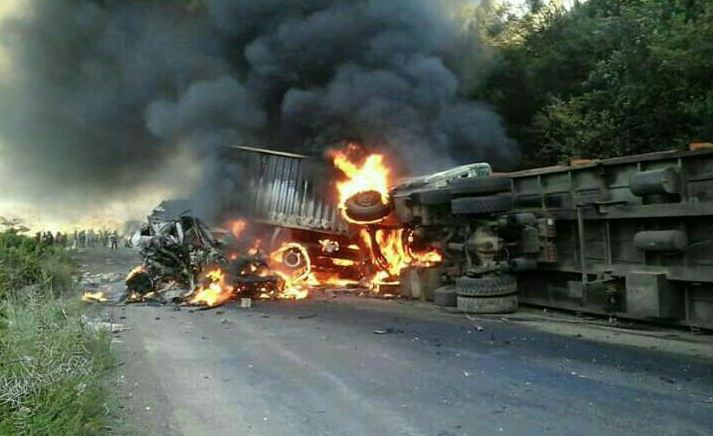 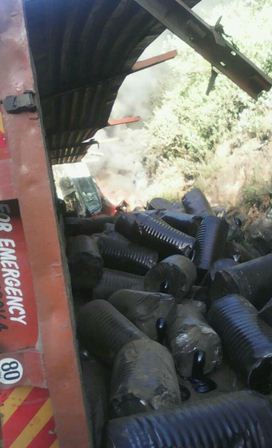