Video of the Day: Trevor Noah Analyzes Museveni’s Victory on The Daily Show 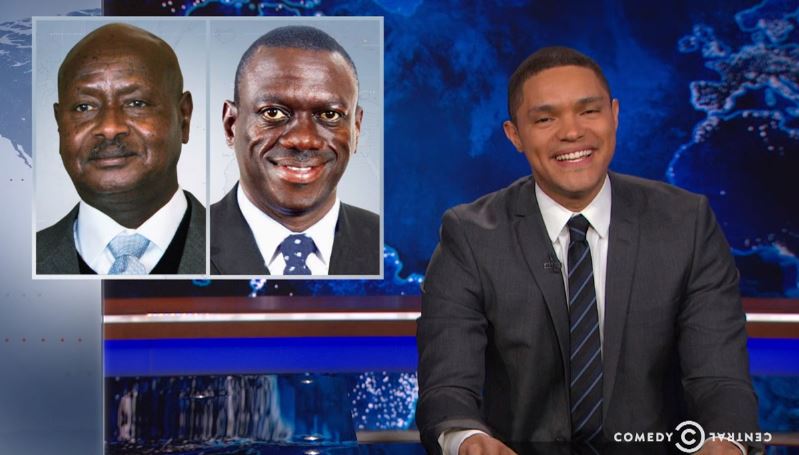 To no one’s surprise, Museveni won the election last week. Following the constant arrests Besigye had to deal with, Musevni’s ‘victory’ was a reminder of that scene on ‘The Dictator’ movie where the General shoots his competitors on the legs, right after shooting the start gun half way to the finish line.

Anyway, word got to America and Trevor Noah took time to discuss the occurrences in Uganda on The Daily Show. They even asked Ugandans who they would rather have; Trump or Museveni.

CRAZY Compilation of Creative Posts to Get You On Weekend Mood < Previous
HAMJAMBO! Watch Jurgen Klopp’s Attempt at Swahili as He Sends Message To Kenyans Next >
Recommended stories you may like: