At this rate, this year might produce the most social media wars we have ever experienced in Kenya. A week after Nameless and Octopizzo squashed their beef, the bug has now bitten activist Boniface Mwangi and lawyer Ahmednasir Abdullahi who were locked in a fiery twitter chat-fight all weekend long.

The two crusaded each others dirty linen on twitter with Boniface accusing Ahmed of being corrupt. The activist said that if Kenya was not corrupt, Ahmednasir would be an ‘ambulance chaser’ and not as wealthy as he is right now. He also added how the lawyer only chooses to represent wealthy clients and has never helped the poor get justice.

On the receiving end, The Grand Mullah came out guns blazing to tell Boniface that he is a man who has fattened his bank balance from funds that he gets from donors. Well, if you thought that ‘tweefs’ are for attention seeking artistes then you are wrong because even our learned friends know how to troll each other with hard hitting statements.

Here’s part of the chat-fight. 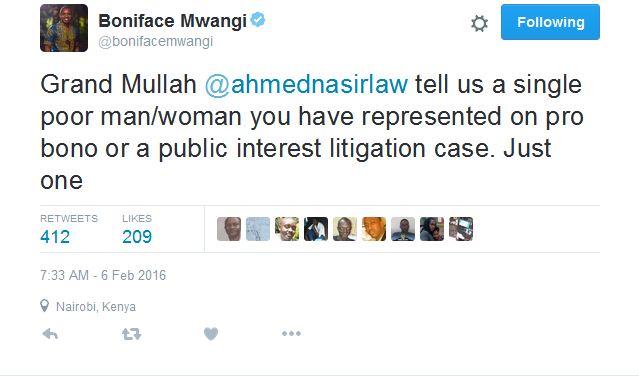 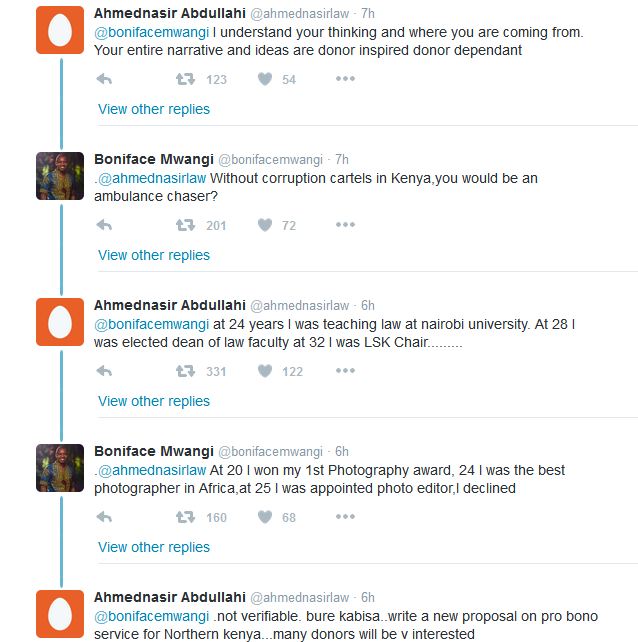 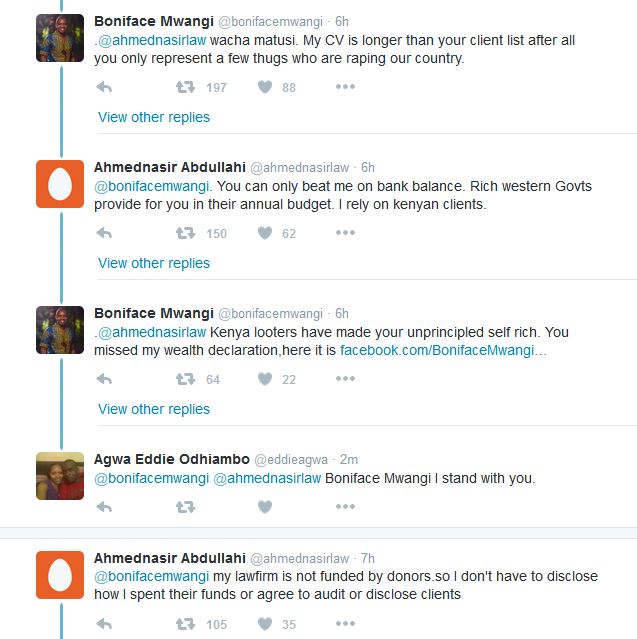 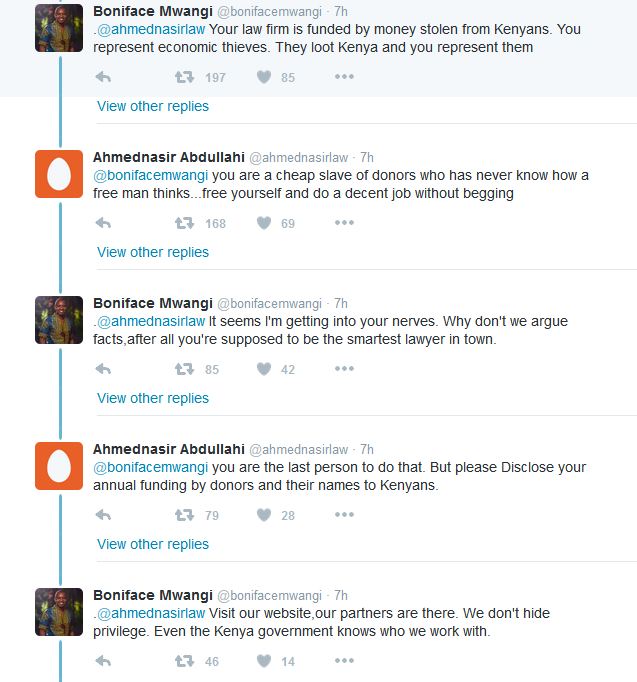 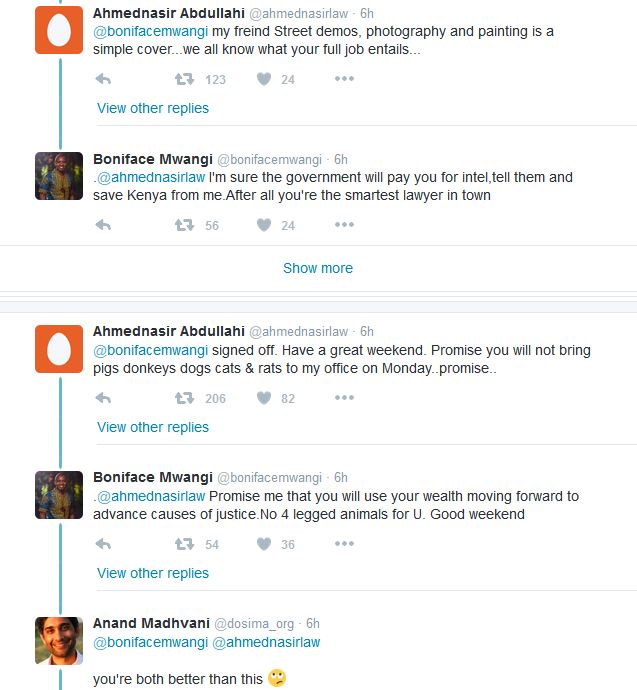 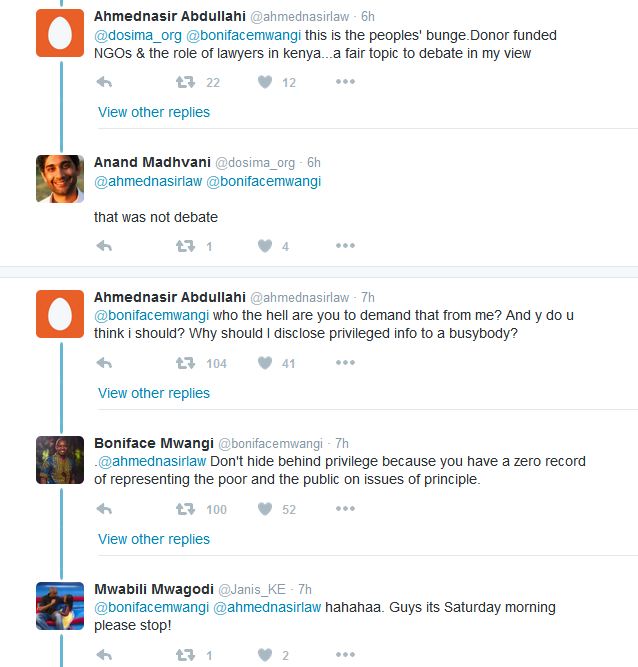 Loading...
CCTV Footage: Motorist Fights Off Two Armed Gunmen in Attempted CarJacking < Previous
CRAZY! Check Out These Funny Kenyan Images Doing The Rounds on Social Media Next >
Recommended stories you may like: