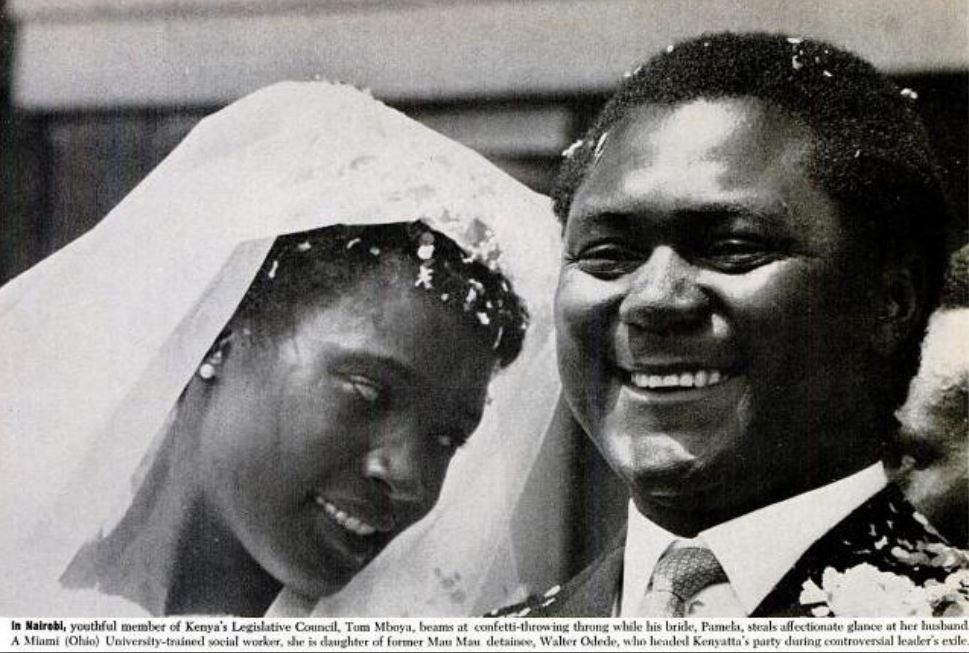 It was dubbed ‘wedding of the year’ and true to that, it lived up to all the hype. A young Kenyan legislator, Tom Mboya, was tying the knot to the love of his life, Pamela Odede.
In April 1962, Ebony Magazine published a lead feature on the January 1962 wedding. Headlined ‘Africa’s No. 1 Bachelor Takes a Bride’, the feature -available on Google Books, tells the story of a young, ambitious and well-connected rising star at a defining moment in his life.
The wedding was studded with VIPs.
From Uganda, the flamboyant King Freddie (Mutesa II, the 35th Kabaka of Buganda and first President of Uganda) caused a stir with his suave entry. Tanganyika’s Julius Nyerere was unable to attend but cabled in his congratulations. 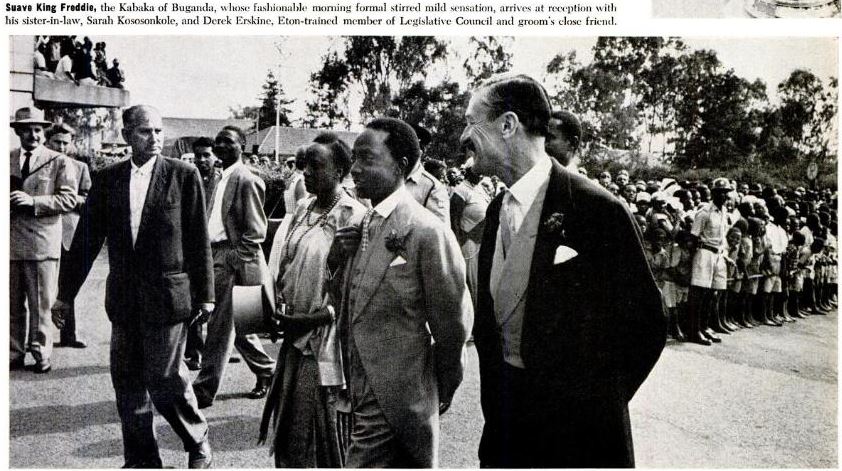 Mboya’s best man was Charles Njonjo, then crown counsel who later became Attorney General of Independent Kenya. The other groomsmen were Omolo Agar and Peter Otieno. 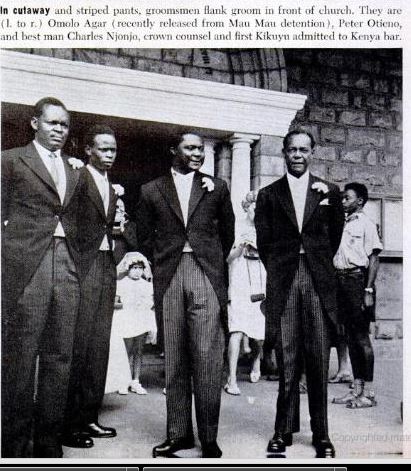 The wedding was conducted by Archbishop JJ McCarthy. Among the congratulatory messages the newlyweds received that day was an apostolic blessing from Pope John XXIII and a message from the Aga Khan. 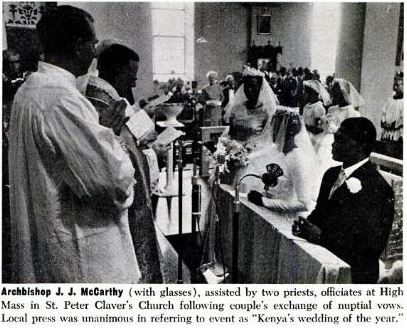 Jomo Kenyatta, recently released from detention, and Jaramogi were also in attendance.

Pamela is walked into the church by her father, Walter Odede. 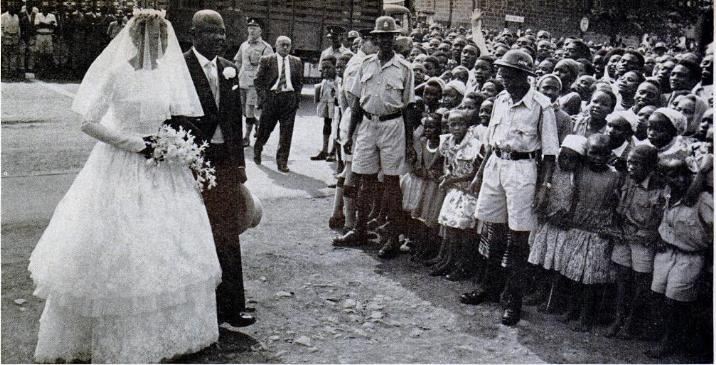 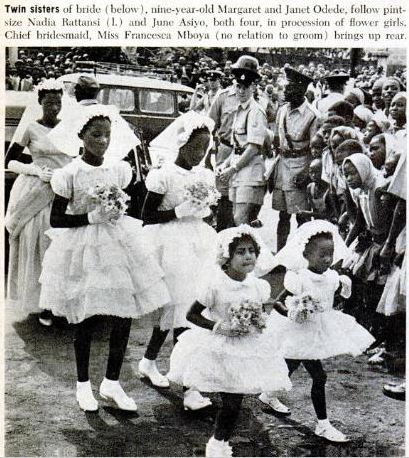 The reception was held at Charter Hall and hosted more than 2, 000 people 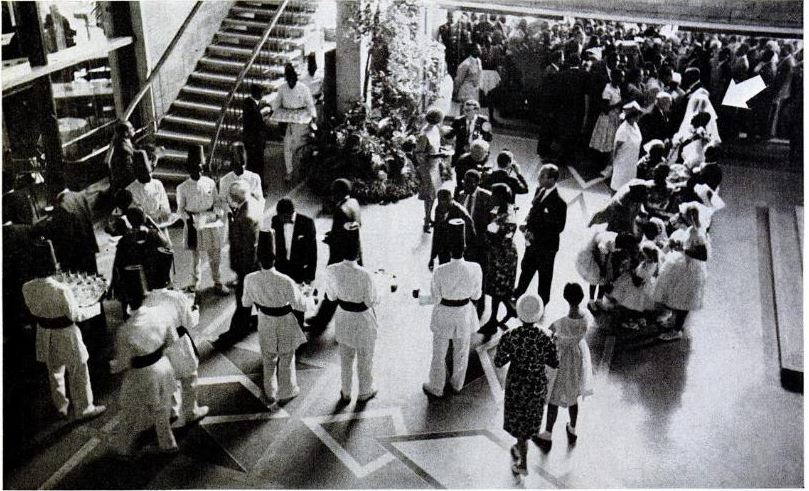 Outside, traditional dancers stole the show 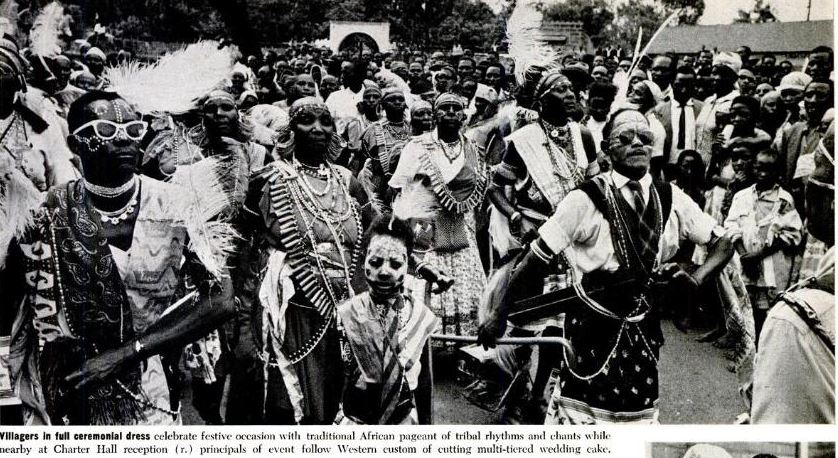 The newlyweds cut the multi-tiered wedding cake. On the right, Bruce McKenzie gives a speech in honor of the newlyweds. 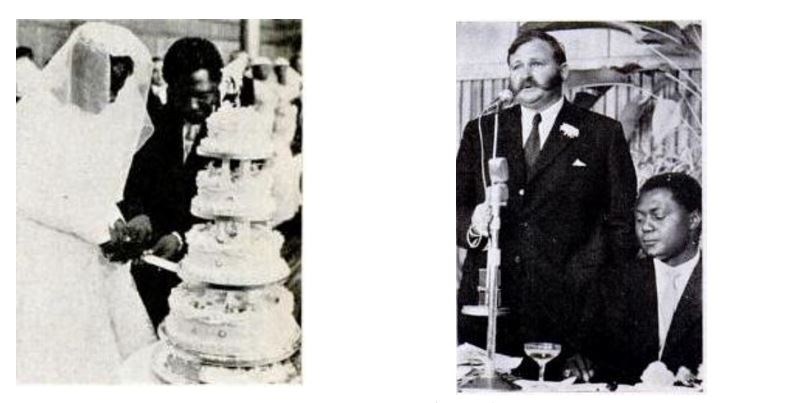 Derek Erskin performs a hilarious rendition of ‘Standing on the Corner, watching the girls go by’. On the right is the Governor Sir Patrick Renison. 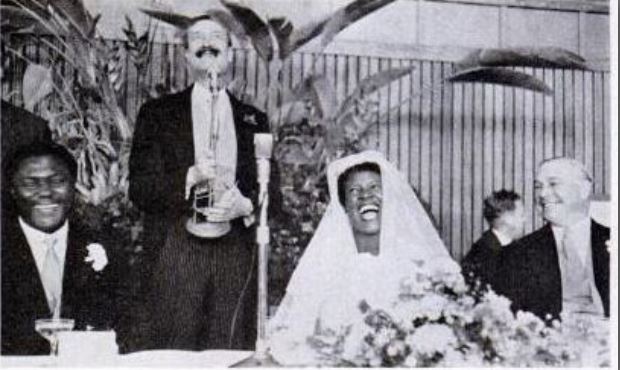 The newlyweds took a detour to the the trade unionist’s headquarters. Joined by Mboya’s father and mother 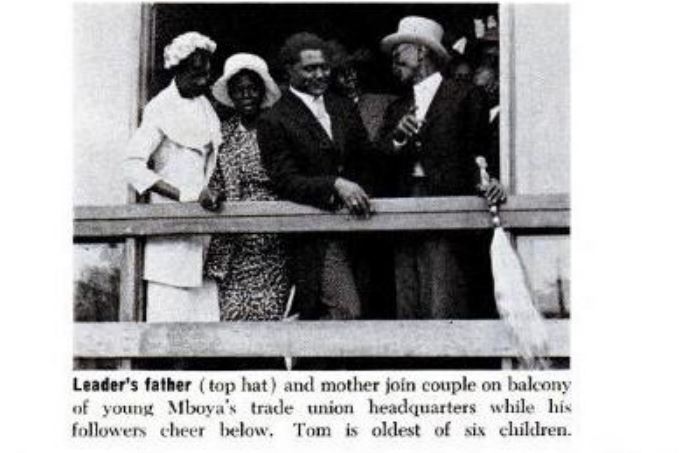 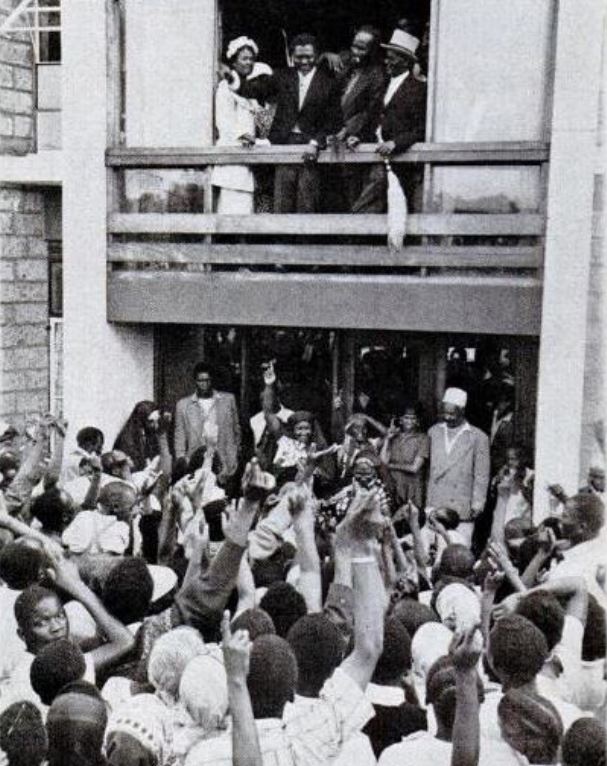 The post reception party was held at Njonjo’s house. 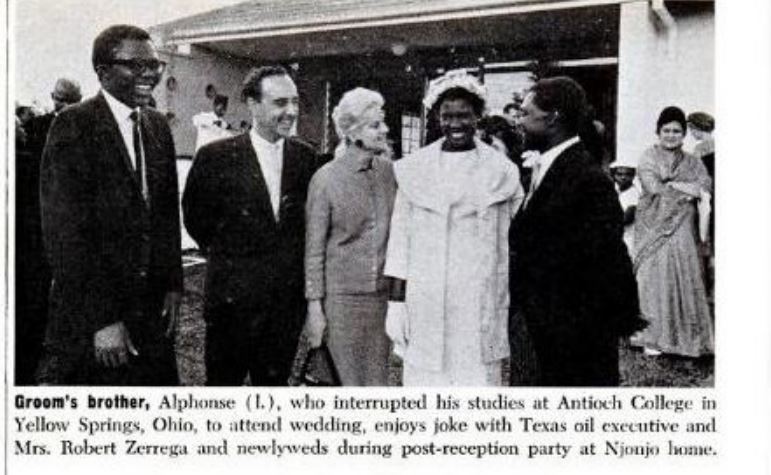 The newlyweds then flew to Tel Aviv, Israel for a 10 day honeymoon. At the end of the honeymoon, Mboya headed to London, for the 2nd Lancaster Conference.
Midway through the conference, Tom Mboya made a transatlantic dash to Chicago to address the Annual Brotherhood Banquet before heading back to London.
Now there’s some amazing piece of history you don’t find in your history books!
All images courtesy of Ebony Magazine, April 1962.

Njaanuary for who? Arsenal Fan from Kakamega Wins Ksh 22 Million Sportpesa Jackpot (PHOTOS) < Previous
Video of the Day: Samuel L Jackson Talks of His ‘Feud’ With Donald Trump Next >
Recommended stories you may like: