By Ken   /   Tuesday, 10 Dec 2013 03:20AM   /   Leave a Comment
[email protected] celebrations will go down as one of the most hyped celebrations ever witnessed in the country.
The climax of the celebrations will take place on Thursday at Safaricom Stadium Kasarani, with up to 20 presidents expected to attend the ceremony.

As part of the celebrations, a commemorative 50 Shilling coin was launched yesterday by president Uhuru at the Kenyatta International Conference Centre.

Unlike all the other present coins, the coin will have no presidential portrait in line with guidelines set by the constitution. One side will be the usual Coat of Arms with the other having Kenya’s map.
During the unveiling ceremony, the president gave a thumbs up to the staff of the Central Bank of Kenya for their remarkable work in making the coin a success. He also thanked the Treasury for its management of the country’s resources, calling for them to support the Monetary Union Protocol that was formally endorsed by East African Community heads of state in November.

“I urge the Central Bank and the National Treasury to work closely to ensure that the East African Community Monetary union is fully realized for the benefit of all East Africans,” he said.

Here are photos of the new coin. 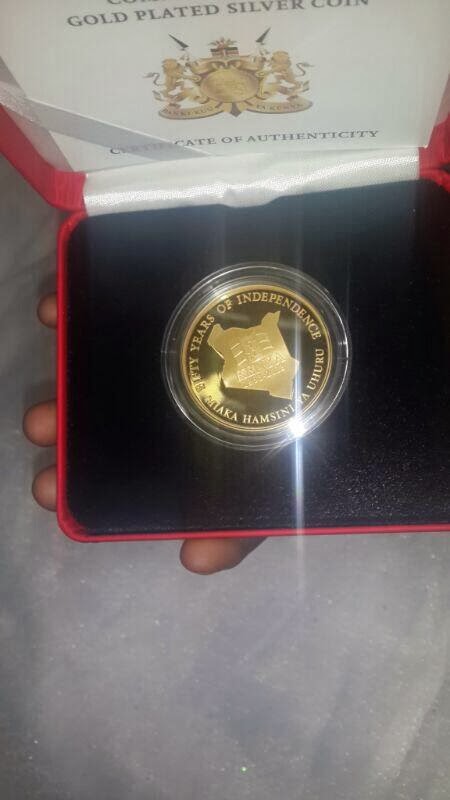 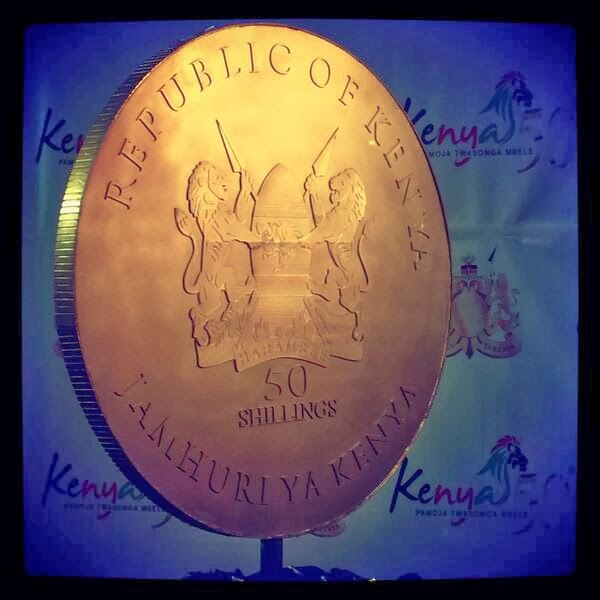 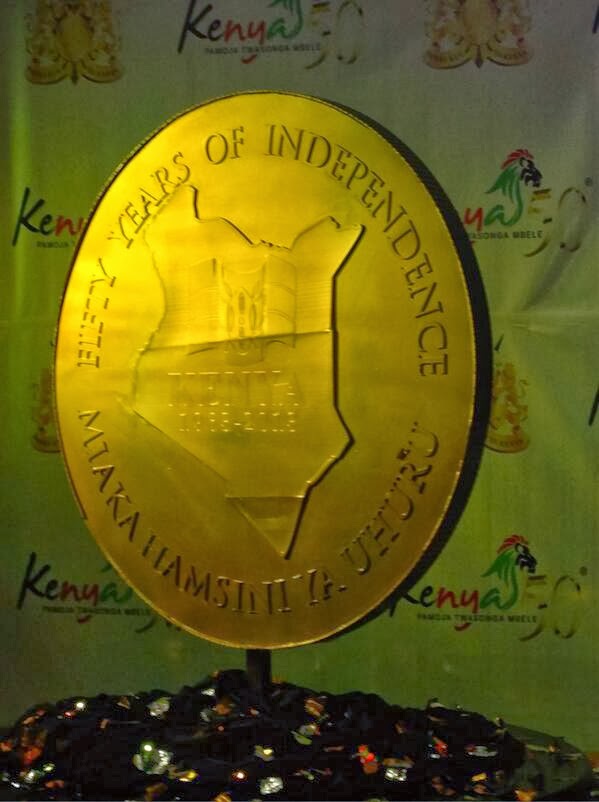