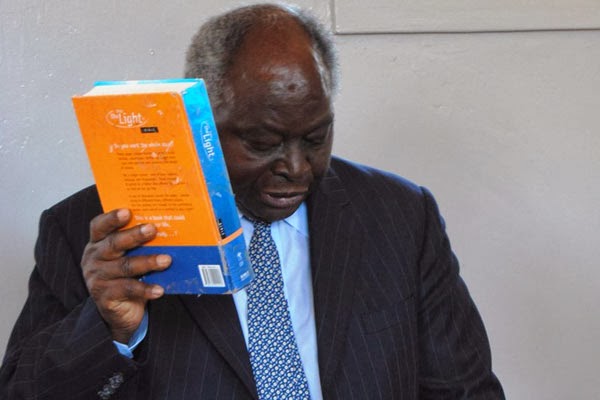 For the second time since retiring as president, Mwai Kibaki stepped into a courtroom on Friday. President Kibaki testified in a suit where he and five others are claiming a prime building in Nyeri town.
He termed the move to take the matter to court in the first place as a disgrace, saying that if he had known of the dispute earlier, he would have arbitrated as they “had been friends for a very long time.”
Apart from the Hague process, not a lot of Kenyans had pictured a situation where a president, sitting or former, would enter, leave alone testify in a courtroom.
Kibaki’s move shows that finally Kenyans are gaining confidence in the justice system.
Here’s the video.

StarTimes Slashes Decoder Price < Previous
VIDEO – Lilian Muli and Mitch Egwang Dancing in Studio Next >
Recommended stories you may like: