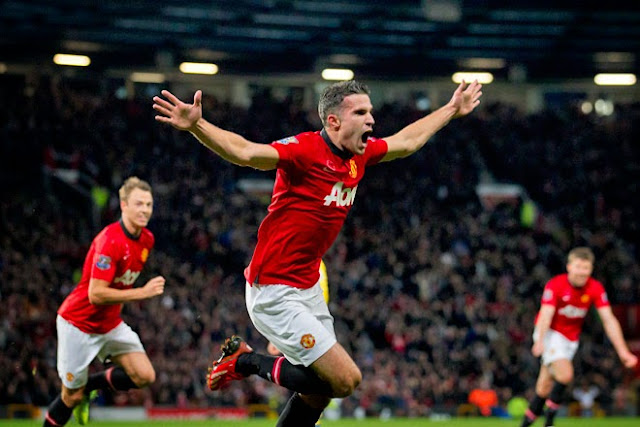 Manchester United die hard, Nairobi governor Evans Kidero, was on Sunday blasted by a follower on Twitter after tweeting in support of his club.

Immediately after Robin van Persie scored, Kidero tweeted, “I thought Man U were the underdogs? Nice header van Persie #GGMU”
One of his followers, who is either an Arsenal or the rest fan, or probably does not watch football, was not amused by the governor’s tweet.

Surprisingly, instead of hitting back or ignoring him, Kidero followed him. 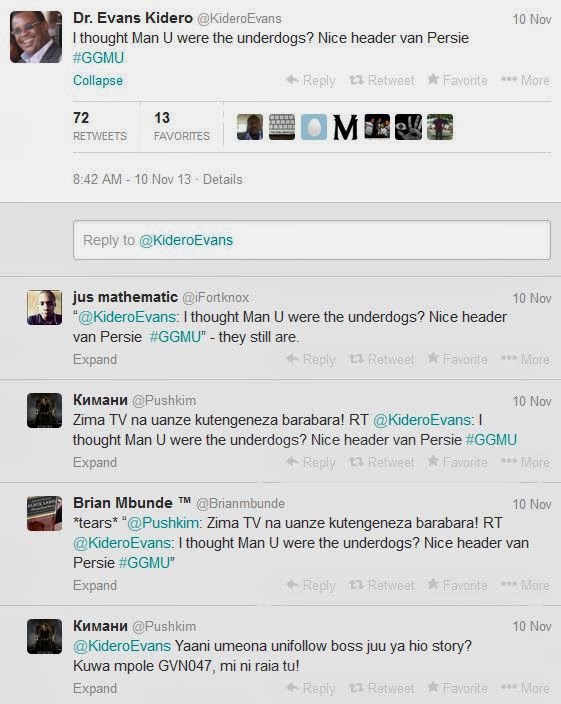 12 Years After Bombing, World Trade Centre Lights Up New York < Previous
The Face of Nairobi 2013 Set For This November Next >
Recommended stories you may like: