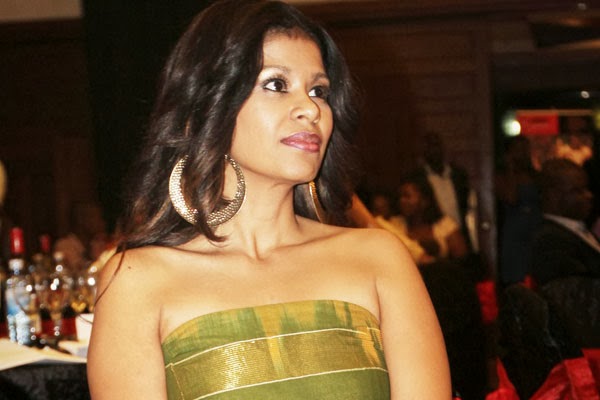 She is probably the biggest name on Kenyan TV. Julie Gichuru is mostly recognized for her Sunday night show on Citizen TV.
She also hosts the Africa Leadership Dialogues, where she has interviewed some very influential people including our president Uhuru Kenyatta.

Not a lot of people however, can tell you what exactly are Julie’s qualifications. What she studied in campus. What campus she went to. What awards she has won… Basically, outside her screen life, Kenyans know very little about her.

Who is Julie Gichuru?

For a start, she is married to Anthony Gichuru, and is a mother of 5.

Her growing up story is not your everyday story.
Julie started off her education at St Christophers School in Nairobi and at the age of eight attended the Green Herald in Bangladesh where her father was posted for military training.
She then returned to Kenya and spent a term at Karen C school, before transferring to Loreto Convent Msongari in Standard Four.
In Form 2, she convinced her parents to let her make the shift from 8-4-4 to GCE, and joined Imani School (boarding) in Thika for Form 3 and 4.

After completing her high school, Julie Gichuru joined USIU, where she only stayed for 2 semesters. She transferred to the UK where she did a one year pre-University Course at Warwick University, before joining the University of Wales, Cardiff for her Law Degree…. Yes, she’s a lawyer.
Once complete she worked for a year to help finance her Masters degree and completed her Masters in Business Administration at the same University.
For a brief period Julie did her pupillage at Hamilton, Harrison & Matthews Advocates in Nairobi before pursuing a different career path in the media.

Julie is the current host of Citizen TV’s Sunday Live. She also hosts the Africa Leadership Dialogues.
For over 12 years, she has worked in print, broadcast and digital media. In 2000-2002 she ran a lifestyle magazine called Quest.
She then worked as a news presenter and hosted a talk show at Capital FM. She would then join NTV before settling at Citizen.
In 2008 she conceptualized and started hosting Sunday Live, and it became an instant hit and audience puller.
In 2009 Julie conceptualized and hosted Fist to Five for Change, which facilitated reconciliation and healing for victims and perpetrators of post election violence in Kenya.
She also moderated one of the presidential debates in 2013.

BUSINESS
When not reading news, Julie has a few businesses to run. She is a director in several companies, among them her online fashion outlet Mimi.co.ke and her production company Arimus Media Ltd.

Martin Luther King Salute To Greatness
She is the first African woman to receive this award, for her advocacy of non-violence following the 2007 election in Kenya.

Order of Golden Warrior
Awarded by President Kibaki in 2011.

Young Global Leader
Awarded in 2010 by the World Economic Forum.

60 Most Influential African Women in The World

A PHOTO of Holy Dave in Class Two < Previous
Super Typhoon Kills 10,000 in The Philippines Next >
Recommended stories you may like: