By Ken   /   Thursday, 07 Nov 2013 03:30AM   /   Leave a Comment
Yesterday, John Mututho’s appointment as NACADA chairman was revoked by President Kenyatta. Some reports had it that it was in fact Mututho who resigned so as to allow proper vetting.

The former Naivasha MP will now have to be approved by Parliament before taking office. It will however not be an easy ride for the man credited with the very controversial alcohol law. Stakeholders in the beer industry, from manufacturers to bar owners will surely try to influence the decision making.

Anyway, news that he is no longer around was yesterday welcomed warmly by many Kenyans. There was even an eviction prayer written down for him. 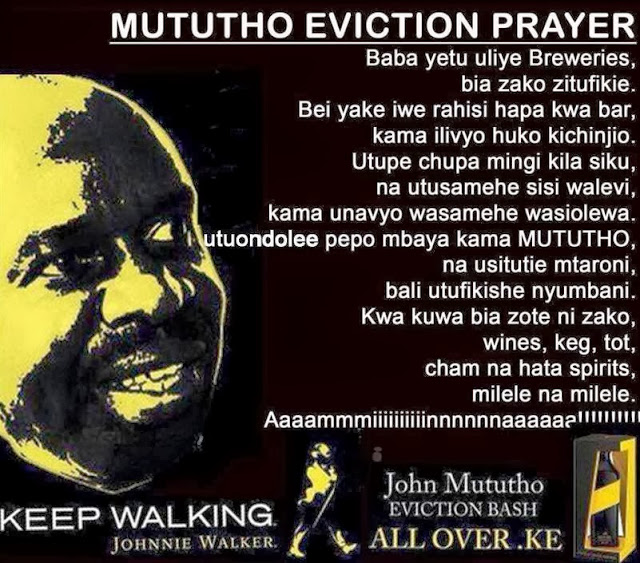 KIDERO – There’s Nothing I Can Do About The Samsung Billboard on KICC < Previous
Top 100 World’s Most Valuable Brands Next >
Recommended stories you may like: