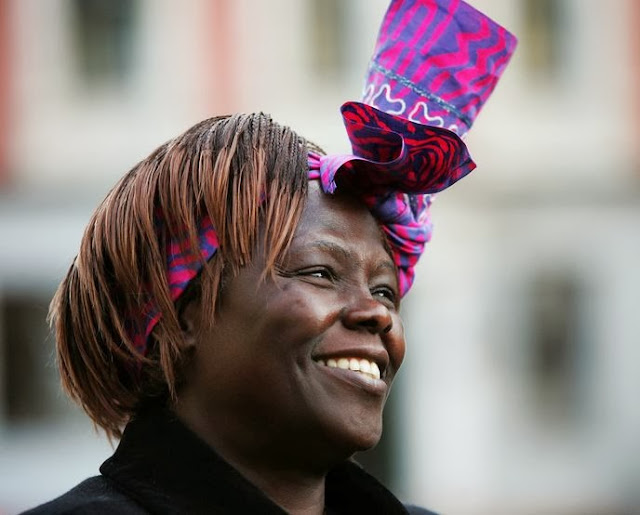 The Nobel Peace Prize winner should be announced today. Influential American blog, The Business Insider, has come up with a list of 10 individuals who did not deserve to win the Nobel prize.

Among them is the late Wangari Maathai, the 2004 winner. Though the article acknowledges her work in protecting the environment, it states that Wangari’s views on the origin of HIV should have ruled her out.

US president Barack Obama is also listed as one of the least deserving.

Root was awarded for a bunch of different mini-achievements. A decade earlier, however, he’d been investigated by a Senate committee for overseeing the brutal repression of the Philippines independence movement while Secretary of War, and the country remained under U.S. jurisdiction for more than 30 years.

Briand was the French Foreign Affairs Minister. He received the prize for spearheading the Locarno Treaties.
The treaties fixed the location of Germany’s western boarders. But they left its eastern borders “open to arbitration,” meaning weaker Eastern European nations would have to negotiate the terms of their own existence. Poland’s Foreign Affairs Minister in the 1930s would later say of the treaty that “Germany was officially asked to attack the east, in return for peace in the west.”
Briand would also go on to co-author the Kellogg-Briand pact, which had a similarly short-lived impact.

In 1928, Kellogg, the U.S. Secretary of State, co-authored a treaty in which the leaders of all major powers agreed to renounce war.
It seemed like a good idea at the time — World War I was still relatively fresh in everyone’s minds.
But it’s now regarded as a bit of a joke, given that just a few years later Germany would begin violently expanding its borders.

*Here is an instance when the right guy got the right award, but the committee itself acted shamefully. Von Ossietzky, a writer and pacifist, helped expose Germany’s secret rearmament in violation of the Versailles treaty. Two members of the Nobel committee resigned over the decision and Hitler had him arrested and shipped to a concentration camp.

The rules of the Nobel Prize are kind of odd. There’s a provision for not awarding the prize when no one meets its criteria, and as you’ll see as you read through this post, they should probably be invoking it way more frequently.
But 1948 was an instance when there was an obvious candidate who was somehow ignored: That year, Mahatma Gandhi, who led India’s non-violent movement for independence, was assassinated. He’d been nominated 12 times previously, but shunned. Another Nobel rule says the recipient must be living, and the committee did not see fit to make an exception in this case.
The committee has since bent over backward for the omission. In 2006, remarks attributed to the head of the committee basically prove the argument of this post: “Gandhi could do without the Nobel Peace Prize, whether Nobel committee can do without Gandhi is the question.”

The Paris Peace agreement had nominally set terms for an end to the Vietnam War by initiating a ceasefire. And it’s true that American forces began leaving. But earlier that year, the U.S.’ secret bombing campaign against Cambodia, which killed hundreds of thousands of people and which Kissinger spearheaded, had been revealed.
**Le Duc Tho, Ho Chi Minh’s successor as Vietnam Communist Party head, at least had the sense to decline accepting the prize.

Another example of the prize’s shortsightedness. The Oslo accords seemed like a good idea at the time, but they merely proved another temporary stopgap in what remains the world’s longest-running conflict.

Kofi Annan and the United Nations (2001)

If the U.N. seems particularly feckless today, one can make an argument that Annan expedited its decline in relevancy when he was investigated in 2004 for improperly steering Iraq arms-for-food program contracts to his son. Although he was technically cleared, it still “indicated that Annan may have initially misled investigators about contacts he had with senior executives at his son’s company before they won a U.N. contract,” according to the Washington Post.
And it’s now difficult not to wince at the citation itself, which recognizes Annan and the U.N. itself for “work for a better organized and more peaceful world.”

Maathai was a lifelong democracy and environmental activist who helped advance political rights  and sustainable development in Kenya and East Africa. Yet she maintained odd views about the origins of HIV:
“Like many others I wonder about the theories on the origin, nature and behaviour of the virus. I understand that there is consensus among scientists and researchers internationally that the evolutionary origin most likely was in Africa even though there is no final evidence. I am sure that the scientists will continue their search for concluding evidence so that the view, which continues to be quite widespread that the tragedy could have been caused by biological experiments that failed terribly in a laboratory somewhere, can be put to rest.”

Obama himself suggested he was undeserving of the award, and it seems like another example of a year when the committee should have just punted.

Ciku Muiruri Attacks Sonko For Leaking PHOTOS of His Tiny Weenie < Previous
Malkiat Singh Makes Sh83 Million As Longhorn Publishers Buy His Books Next >
Recommended stories you may like: