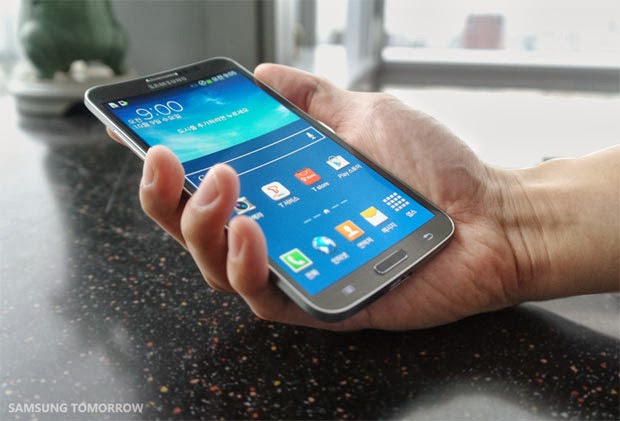 Remember that leaked image of a curved display smartphone from Samsung? You should, considering it popped up under our noses just a few hours ago.
Well, in case you don’t, Samsung wants to remind you. The Korean firm has just sent out a press release announcing the Galaxy Round, “the world’s first curved display smartphone.”
With the curved display, Samsung can offer Galaxy Round owners a range of “exclusive experiences,” like a roll feature that will let them check date, time, missed calls and battery life with the display off. Users will also have the ability to tilt the phone to control things like music, pictures and videos. 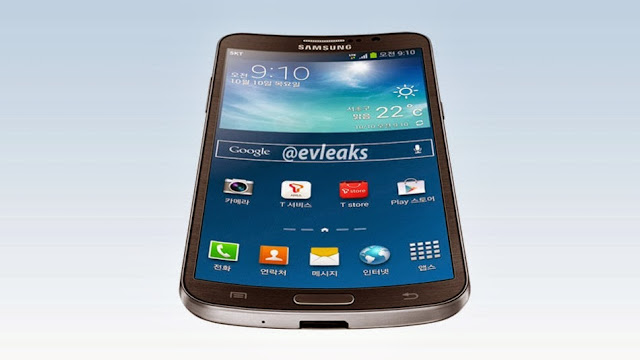 In terms of specs, the Galaxy Round features a mammoth 5.7-inch Super AMOLED display, and weighs in at 154 grams with a waist line of 7.9mm. To deal with such a beastly screen size, the Galaxy Round will also include features like One-Hand Operation, letting a user put customizable controls on a specific, close corner of the display. Users can also run multiple applications in the same window, or run simultaneous multiple instances of the same application if they so choose.
The phone will run Android 4.3 Jelly Bean on a 2.3GHz quad-core processor, complete with 32GB or 64GB of internal memory under the hood.
The Round will also sport a 13-megapixel rear-facing shooter and a 2MP front-facing for video chat, as well as a 2,800 mAh battery.
As it stands now, the Galaxy Round is only going on sale in Korea, and will come in “Luxury Brown,” with more color flavors to follow. Exact pricing and availability were not disclosed.
– Techcrunch

The XYZ Show Marks 100th Episode In Style < Previous
20 Things You Did Not Know About Churchill Show’s Chipukeezy Next >
Recommended stories you may like:
How Tech Startup Olive is Shaking Things Up
You’re The Man of My Life, Nandy tells Rapper Bill Nass After Proposal
Study: Women Who Have Sex Daily Live Longer
NASA Discovers New Solar System with 7 Life-Sustaining Planets