9 Things You Should Never Tell Your Spouse 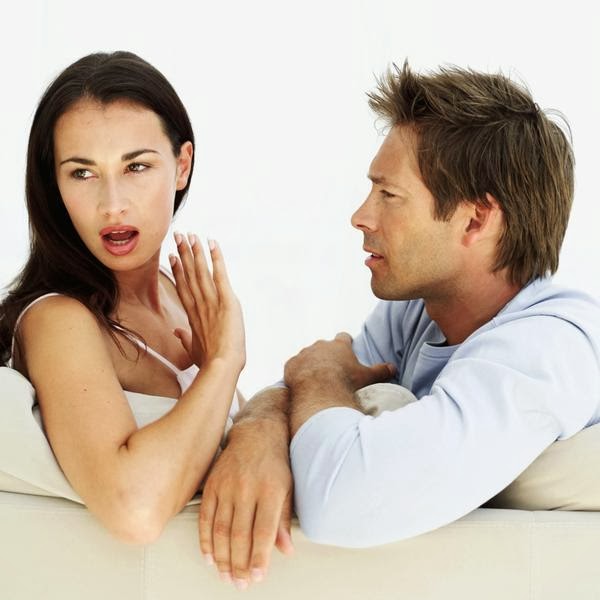 1. “You always…” or “You never…”
Think about it. Neither of these is true. If you start a sentence with these words your mate is certain to shut down or start a fight. Stop for a minute and think about what you really mean to say — and then say that instead.

2. “Don’t you think so-and-so is attractive?”
Believe me, nothing good can ever come from a spouse giving you his or her opinion on this one. This will only fuel the flames of any argument that may be brewing.

3. “My ex-boyfriend/ex-husband/ex-girlfriend/ex-wife would never have done what you just did…” or “…would have done a better job than you…”
Talk about making a partner feel terrible in general, one should always shy away from comparisons.

4. “I’m just trying to hang in there until our last leaves for college…”
If you had to single out one phrase that leaves little room for reconciliation it would be this one. This statement is incredibly hurtful even if you recant what you said a few minutes later.

5. “I was on the fence about marrying you in the first place, and my worst fears were realized…”
If you’re about to spit out a blanket statement like this, stop for a minute and think about what’s behind your feelings. Talk openly about what’s concerning you instead of lashing out.

6. “I guess our (academically or behaviorally challenged/drug- or alcohol-ensnared) kid got YOUR genes…”
You might as well say “I have no idea why I ever married you in the first place.” Certainly playing the blame game will do nothing to help you realize and address what’s legitimately behind your child’s problems.

7. “You’re just like your father or mother…”
Again, jump to what’s really troubling you about your partner without belittling your partner’s family in the process.

8. “You know it’s always been your problem that…”
Who exactly wants to hear that from their partner? We all have a pretty good sense of ourselves at this point and having someone else point out a failing does nothing to engender a loving relationship.

9. “Surely you could tell I’ve been faking it all along…”
Just don’t say this. Not ever. Even if it’s true.

Hilarious PHOTO of Uhuru and Ruto Dancing After Receiving AU Support < Previous
7 Things You Did Not Know About Papa Shirandula’s Kawira Next >
Recommended stories you may like: