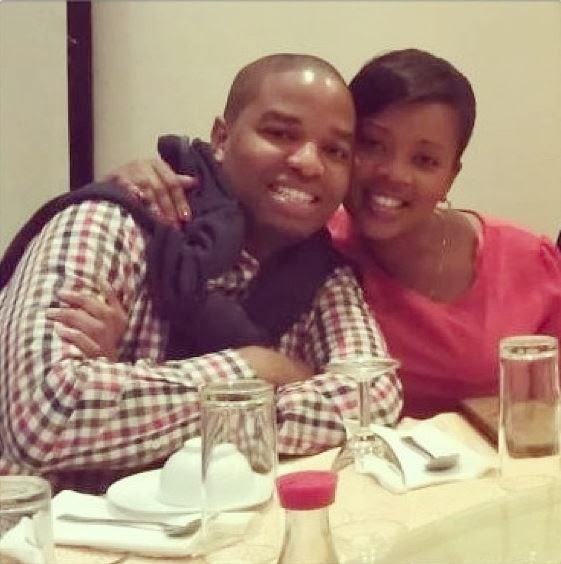 In one of the few case of true love, president Uhuru’s nephew Mbugua Mwangi, who died at Westgate Mall on Saturday, is said to have taken several bullets as he shielded his fiancée Rosemary Wahito.

Mbugua was a son to Catherine Mwangi, a sister to nominated Senator Beth Mugo and former politician Ngengi Muigai who are first cousins of the president.
His mother is a former ambassador to Ireland, having been appointed by President Mwai Kibaki.

Mbugua and his soon to be wife were reportedly looking for wedding rings at the mall, having informed their families about their wedding plans less than a month ago.

Apparently, when the attackers stormed in, Mbugua was safely outside, but upon realizing Rosemary was not by her side, he rushed back inside.

By the time the gunmen got to them, they were on each others side and in one singer’s words, Mbugua caught a grenade for her.
He reportedly shielded her with his own body, taking 8 bullets in the process.. (That part we cannot confirm).
At the end of the day, God had other plans and am sure they’re fine in the other life.

Mbugua and Wahito will surely be missed.

First CCTV PHOTO of The Westgate Attackers < Previous
The White Widow: Is This The Woman Who Terrorized Westgate? (PHOTOS) Next >
Recommended stories you may like: