Did Ruto Hire Taxis For His Motorcade At The Hague? 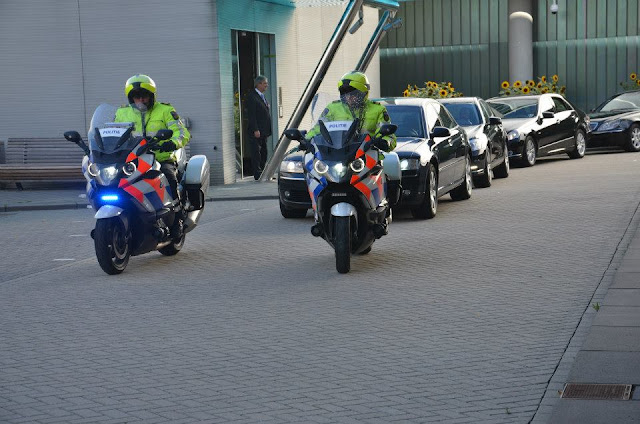 For several days, there have been murmurs that Deputy President William Ruto’s large motorcade at the Hague is not provided by the Dutch government.

According to the Star newspaper, some Kenyans living in the city claim that the vehicles escorting Ruto are actually taxis hired by the Kenyan embassy. The paper adds that it is basically easy to hire as much vehicles as you wish, provided you have the financial backing.

This is the piece from the paper’s gossip column.

The large convoy of vehicles and police outriders which escorted Deputy President William Ruto during his first outing at the Hague were actually taxis that had been hired by the embassy. At least that is what Kenyans resident in that city say. They were unimpressed by the huge show saying the vehicles can be hired by anyone who wishes it and can afford to pay for the service. “As for the outriders, even my children when they are doing charity in the neighborhood, are always escorted by such outriders. It doesn’t mean anything!” the Kenyan said.

VIDEO – Primary School Pupils Singing Juliani’s Utawala During Assembly < Previous
4 Things You Should Never Tell Your Boyfriend Next >
Recommended stories you may like: