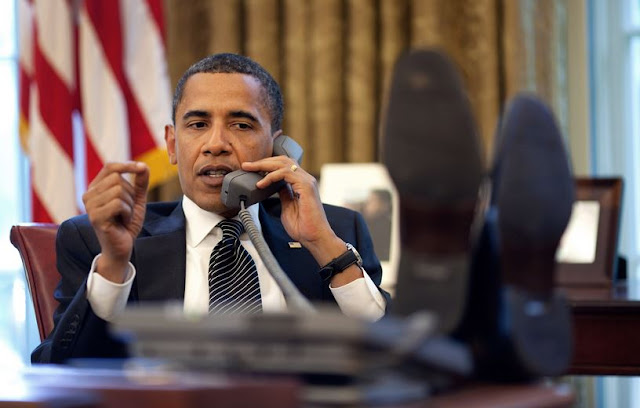 US President Barack Obama has called President Uhuru and offered his country’s support on yesterday’s inferno at the Jomo Kenyatta International Airport.

In the telephone call, Obama also condoled the families that lost their lives in the 1998 US Embassy bombing in Nairobi.

As statement on White House website read,
“President Obama called President Kenyatta today to offer United States support following a major fire at Kenya’s Jomo Kenyatta International Airport.  The President also commemorated this day, the 15th anniversary of al-Qa’ida’s terrorist attack against the U.S. Embassy in Nairobi, by expressing condolences to the loved ones of those killed and wounded in the attack, and highlighting our continued commitment to countering terrorism around the globe.”

Wednesday’s fire at JKIA forced the airport to shut down, as the international arrivals area was completely burnt.
Local flights however returned later in the day.