US Pentagon Equips Kenya Against Weapons of Mass Destruction Threats 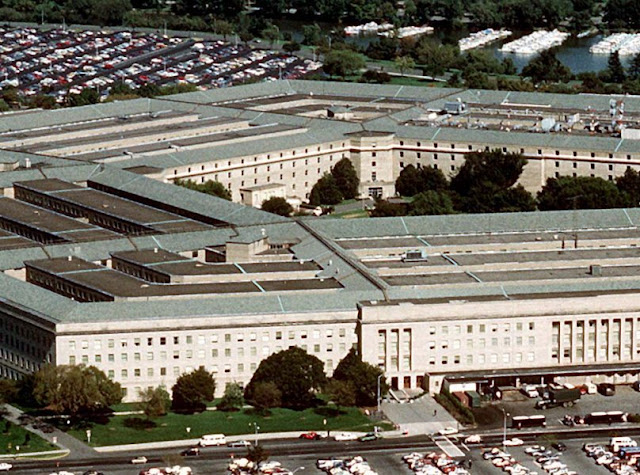 WASHINGTON — The United States is training elite Kenyan and Ugandan forces to respond to WMD attacks and similar incidents, a move one expert said could be a hedge against the possibility that regional extremists will turn to such arms for future acts of terrorism.
The provision of defensive supplies and response training, which kicked off at the start of this year, is the first to any African government through a two-year-old Defense Department initiative to bolster international readiness for unconventional strikes, which might include chemical, biological, radiological or nuclear disasters. The Defense Threat Reduction Agency effort is receiving support on the continent from the U.S. Africa Command.

In Kenya, the primary recipient of the U.S. assistance is a team that entered service five years ago, in part to back up other African Union forces in responding to a potential act of “genocide,” the Kenyan unit’s commander told Global Security Newswire.
“Terrorist activities in Kenya are real and this is one of the reasons [why] this capability is crucial to possess,” Col. Isaac Muchendu, who commands the Kenya Rapid Deployment Capability, said in a written response to questions.
Ten DTRA and nongovernmental specialists were administering response training to Muchendu’s team as part of the initiative, the Pentagon agency told GSN.
“Ideally, future engagements will have less DTRA and contractor representation and more subject matter experts from Kenya and Uganda,” spokeswoman Lynda Yezzi added by e-mail. “The plan will be for each country to build their own response capabilities, but eventually they could possibly train other regional partners.”

Gear supplied to the Kenyan response force has included gas masks, “positive pressure” protective suits and two-way radios, Muchendu said. Training has focused on use of the equipment and on detecting and cleaning up hazardous substances, according to the Kenyan officer.
Yezzi said the Kenyan unit and its counterpart in Uganda each “received the same training and assistance.” Ugandan officials could not be reached for comment.
The DTRA spokeswoman declined to specify the cost of the assistance.
She stressed that the assistance was not in response to a specific threat. Separately, an independent analyst said militants in the region had yet to show interest or expertise in carrying out chemical or biological strikes.

Still, the existence of regional militant groups such as al-Shabaab might have played into the decision to provide the training, said Andre Le Sage, a senior research fellow for Africa at National Defense University.
The Obama administration reportedly stepped up covert military operations earlier this year against the Somali-based al-Qaida affiliate, which has been cited as carrying out bombings and other strikes in Kenya and Uganda. Kenyan forces have been fighting the group’s operatives in Somalia since 2011.

Al-Shabaab and nearby guerrilla movements generally count on “AK-47s and improvised explosive devices” for their attacks, but the Pentagon might want to “deal with a biological or chemical weapon that an al-Shabaab group could potentially develop,” Le Sage said in a phone interview.
“There’s always concern that the precursors to such weapons could be found either in laboratories or other institutions that might exist in East Africa,” he added.
Boosting the protection of biological materials in Africa and elsewhere is a growing priority for U.S. threat reduction efforts, a field in which nuclear security programs would bear the brunt of future spending cuts sought by the Obama administration. Washington recently saw its WMD risk-minimizing activities elsewhere significantly limited following the expiration of a 20-year-old implementing accord with Moscow.

Still, a founder of the U.S. Cooperative Threat Reduction initiative in 2010 argued it was necessary to keep pursuing sensitive biological science at laboratories in the two African countries, despite the possible danger from pathogens stored at the sites.
“Without this research we would be even further behind the curve on potential outbreaks and new strains of deadly diseases like Ebola and anthrax,” then-Senator Richard Lugar (R-Ind.) said.
Muchendu framed biological and chemical arms as the unconventional weapons “of choice” for terrorists. He referenced the anthrax mailings of 2001, as well as a pair of deadly Japanese sarin nerve agent strikes carried out in the 1990s in Japan by the Aum Shinrikyo cult.

How Jaguar Saved Someone Who Had Been in a Coma For 6 Months – Inspirational < Previous
VIDEO – TPF Winner Alpha Rwirangira is Back With a Potential Hit Music Next >
Recommended stories you may like: