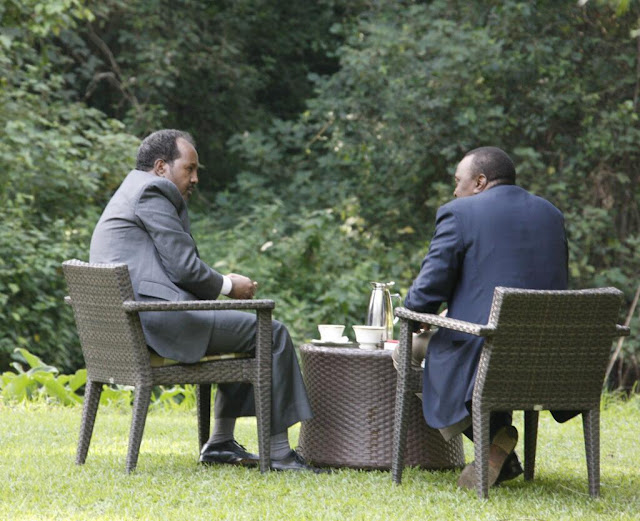 Since becoming president, President Kenyatta has spent more time at the Sagana State Lodge probably than Kibaki did in his entire second term.
He has turned it into a work station, away from the big city.
The State Lodge is located at the foothills of Mount Kenya and overlooks the Sagana River.

Since he was sworn in, Kenyatta has toured the facility three times, and spent several days there each time. Kibaki rarely used the facility, even when he was in Nyeri county.

Currently, Kenyatta is hosting Somalia president Hassan Sheikh Mohamud at the facility and some of their talks have been held on the lush, green grass.
Just a fortnight ago, Uhuru spent four days at the facility meeting local leaders before addressing public rallies in Nyeri, Kiambu, Kirinyaga and Murang’a.
The President also witnessed the swearing-in of Foreign Affairs Cabinet Secretary Amina Mohammed at the same lodge. 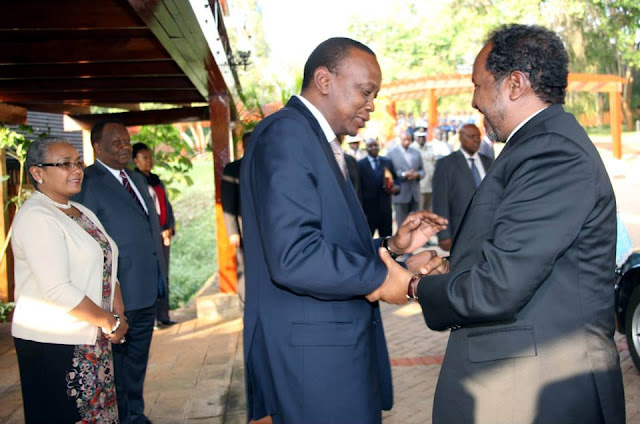 The lodge was renovated by the NARC government at a cost of Sh 67 million. Its front is made of special type of stones. Swaying gently to the breeze are hundreds of trees lining up in the expansive compound with well-manicured lawns, spruced with flowers.
Its nearest neighbour is a kilometre away, and it is well guarded by GSU personnel.

It was formerly known as the Royal Lodge, and was given to Queen Elizabeth (then Princess Elizabeth) and The Duke of Edinburgh as a wedding present.

Love is in The Air.. Marya and Embakasi West MP George Theuri < Previous
Student Sues Kenyatta University Over Forced Body Search By a Male Lecturer Next >
Recommended stories you may like: