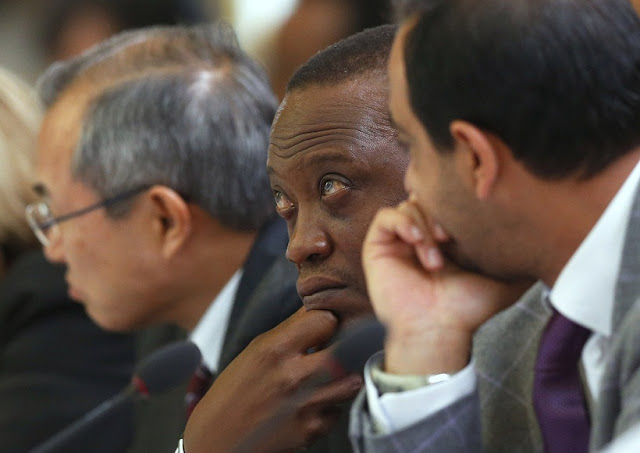 Members of Parliament are now threatening to slash President Kenyatta’s salary, if their demands for a higher pay are not met.

The MPs this week voted to nullify gazette notices by the Salaries and Remuneration Commission, thereby awarding themselves big payoffs. It was estimated that a single MP would take home a maximum of Sh 28 million this month, if they chose to take the mortgage.
Sarah Serem however threatened to sue anyone who pays the MPs salaries outside her commission’s recommendations.
Yesterday, the high court also stopped the Parliamentary Service Commission from paying them the new salaries.

Now yesterday, the MPs came up with threats, which they calculate will make the president bend. Apart from cutting his salary and that of his deputy, parliament has threatened to lower the VAT, exempt Kenyans earning below Sh 50,000 from taxes, and cut budget allocations to specific commissions.

The president’s salary bit is however laughable, as they are dealing with a man who is probably Africa’s richest president, and was never in the race for the money.

Estimates put his campaign spending at over Sh 5 billion, most of which is believed to have come from his family pockets. His salary in 5 years will never get close to that.
Just a reminder, the following are some of the property owned by  President Kenyatta’s family.