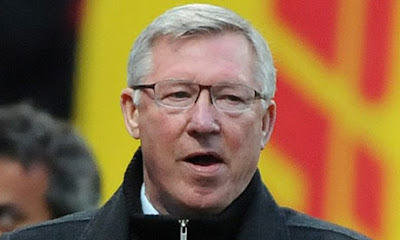 Sir Alex Ferguson’s future as Manchester United manager was shrouded in doubt on Tuesday evening, with sources claiming there would be a statement about his position and that the squad had been told to expect an announcement.

Some of the United players were at a golf day on Tuesday near Altrincham, where they played against members of the coaching staff and, according to sources close to some of the players, were told to prepare to receive news about their 71-year-old manager.
The club’s press department could not be reached to confirm or deny the story despite continued efforts to contact it. Ferguson, though, is expected at Chester Races on Wednesday for a planned day out with some United players.
Late on Tuesday evening no statement had been issued by United. Due to the club’s flotation on the New York Stock Exchange, any uncertainty about the figure who is British football’s most successful manager would have to be addressed immediately to appease investors and stave off a potential fall in valuation.

While Ferguson may well yet continue on his rolling one-year contract, it is understood that any successor to the Scot would be required by the club to have extended experience of managing in the Champions League, as well as expertise in handling a large budget and squad. These criteria would appear to rule out David Moyes, the Everton manager, despite Ferguson being an admirer – though earlier in the week bookmakers slashed the odds on him joining United, possibly as member of the backroom staff, this summer.
Other managers who may be of interest to United would include Real Madrid’s José Mourinho, though he appears favourite to take over at Chelsea, Jurgen Klopp, whose Borussia Dortmund team are in the Champions League final, and Malaga’s Manuel Pellegrini.

Even among United’s senior executives, United are consistently reluctant to talk about Ferguson’s future. Last month the United director Sir Bobby Charlton, who was instrumental in bringing Ferguson to the club from Aberdeen in 1986, said: “He never talks about it and I wouldn’t deem to talk about it myself, really. What I want is for it to continue the way it is at the moment. But we all get older and Alex will get older, the decision will be made and it will be a sensational performance because he has a great talent for winning.
“He wants to win and I think some of the newspapers would love to find out what Alex is going to do with his future. But I can’t help you, because I don’t know. I don’t ask any questions, either, just in case I trigger something.”
Last week it emerged that Ferguson, who will reach 1500 games in charge when United play their final match of the season at West Bromwich Albion on 19 May, is to undergo a hip operation that will probably rule him out of taking charge of the side at the start of next season.
This raised fresh questions about the Scot’s longevity as manager, as he has always stated that as long as his health is intact he will continue in the job.
Nearly 12 months ago Ferguson was taken ill at a function in Scotland, although the nosebleeds he suffered were explained by the number of short flights he had undertaken. Ferguson subsequently missed pre-season matches in Norway and Germany and also sat out a midwinter break in Qatar. In 2004 he had a pacemaker fitted for a heart condition that can cause palpitations and dizziness.
Guardian

Zimbabwe Opposition Leader Jailed For Calling Mugabe a ‘Limping Donkey’ < Previous
Widow Loses Sh75,000 School Fees To Conmen Posing as ‘Men of God’ Next >
Recommended stories you may like: