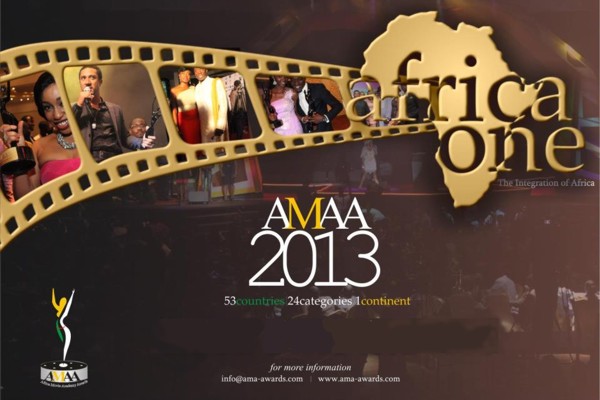 It seems Nigerians have a problem with handling foreign visitors. Just a few weeks back, the West African country came under attack for not giving Harambee Stars the welcome they deserve, leaving them to train in a dilapidated school compound.

About two weeks ago, Nigeria was playing host to another group of Kenyans, film makers, for the annual Africa Movies Academy Awards (Amaas).
The award was founded in 2005 and this year, Kenya was one of the countries represented. In the Eastern African region, Kenya produced the most entries for the 2013 award ceremony.
Among the Kenyans up for awards were David “Tosh” Gitonga for his film Nairobi Half Life, Ng’endo Mukii for her film Yellow Fever and Zipporah Kimundu for Burnt Forest and Give Me Back My Home, both based on the Kenya post-election violence of 2007.

However, the movie makers were not impressed by what they saw in Nigeria, and as they recounted to Brenda Okoth of Star newspaper, they will not be going back.

Ng’endo Mukii – producer of Yellow Fever
The experience we had in Nigeria can only be termed as unfortunate. We were treated very badly, kept in the airport sitting and laying on the floor without food or water for almost 12 hours (not just once).
An Amaas representative took our passports and disappeared with them for hours, the next thing we knew, the same representative was trying to board a flight to Port Harcourt Airport without us.
The accommodation we were given was so dirty, and degrading, we wondered what exactly was the regular use of the rooms we were sleeping in.
We ate with chickens at our feet and fish bones that had been spat onto the table by the previous user drying by our plates. We used toilets that were leaking, and did not flush. If you had forgotten to carry your own tissue paper roll to the ‘Oscars of Africa’, then you were in for a disaster.
After our first 12-hour nutrition-free stint in the Muhammed Murtalla 2 airport, Peace Anyiam-Osigwe, who is the CEO of the Amaas and a Ted Fellow, sent two of her brothers to come and speak with us on her behalf.
Raymond Osigwe insisted that the small ‘dramas’ of the Amaas and our discomfort were ‘not intentional’ but they were a result of being in a ‘developing country which we all understand.’
I would like to underline, that the AMVCAs were held in Lagos just over a month ago, and the AMVCAs treated their guests in a professional manner.
They kept us comfortable and we were never starved, or held in airports without our passports for hours. I think it is an insult to the people of Nigeria, for the Osigwe family and the organisers of the Amaas to blame their lack of planning, accountability, and their substandard performance on anyone other than themselves. It is shameful that they invited people from all over Africa and the world, only to treat their guests in a dehumanising way.
The awards itself is a noble idea. I can only speak about my own category (Short Films) which was won by Akosua Owusu for her film Kwaku Ananse (Ghana).
She is a well respected filmmaker, and I felt the award was well deserved. There was little celebration of filmmakers outside of the Nollywood circle, with five Lifetime Achievement Awards and the three Pillars of Nollywood Awards being kept within the country.
The ceremony was mostly held in Pigeon English, so again you could tell that the focus was local not international.I would still recommend filmmakers to submit to the Amaas.
It gives you some form of credibility in the field and some exposure. I am not sure I would recommend attending the actual event, but trust me it gives you a new appreciation of life.
I just want to mention that while in Naija with the Amaas, you might be asked to take on a new name, mine was Mr Jonadab Egbowon. They might ask you to board a flight with this new name printed on a ticket. Just know, no matter what the Amaas tells you, this is illegal, you might be arrested.

Zipporah Kimundu – producer Burnt Forest and Give Me Back My Home
Before I left I had been warned that it was going to be crazy but nothing I was told prepared me for what happened to us when we were in Nigeria. My whole point for going to the Amaas was to network and interact with other stakeholders in our industry.
Instead I felt like a lost child and it was very disheartening and disappointing, from the flight debacles to the run down hotels, it was terrible.
I feel like I wasted five days of my life. As an organisation, I would recommend to the Amaas that if they don’t have their act together, they should not invite us. They need to clean up their house. As a filmmaker, I don’t think I will ever attend another Amaas.

Emily Wanja – producer Burnt Forest and Give me back my Home
My immediate observation is that Nigeria’s show business is much more vibrant than what we have in Kenya. Stars are celebrated and this is evident everywhere you turn.
However Amaas itself turned out to be well-disorganised. It didn’t live up to the hype. Amaas is a noble idea, but the organisers need to own up to the logistical difficulties that highly characterised the whole affair and step up to make the event something that filmmakers in Africa are proud to submit their films to and experience.
To other filmmakers? I’d say submit your film but don’t attend. Better yet make sure your film is a Nigeria co-production. Enough said.
I would recommend that in future Amaas recognise the diversity that Africa as a continent has in storytelling.
The same way they have a category for best Nigerian movie they should have i.e. best African co-production and other categories that make every corner of Africa feel that indeed they have fairly participated and that Amaas is not just a Nigeria event.

Jackie Lebo – producer Gun to Tape
They were not prepared for our arrival, which was strange considering we had confirmed our attendance several weeks ago. Thus we never knew where we would sleep or when our next meal was coming, which meant we had a terrible experience.
My advice to Amaas is that they should start planning early and organise better. They raised 800 million Naira (Ksh 400 million)  for the event, so obviously there is no shortage of cash or human resources.
For other filmmakers looking to the awards, I would recommend they submit their films but attend the event at their own peril – meaning go prepared for the most surreal and nerve-wracking experience of their lives.