Tweets That Made Robert Alai Get Summoned By CID 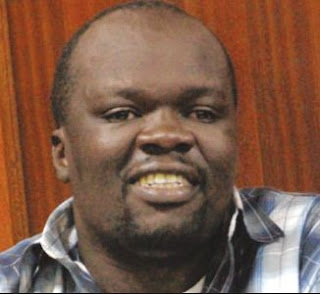 Controversial blogger Robert Alai was yesterday summoned by CID detectives, after a series of tweets he made over the weekend.
Alai made several unsupported tweets implying that Head of Civil Service Francis Kimemia, High Court Judge Isaack Lenaola and IEBC chairman Isaack Hassan were meeting at a private, members only club in Karen, Nairobi.

The tweet, coming hours before the commencement of the election petition hearing, was interpreted by many to have meant that the three were discussing how they could influence the outcome of the petition.

The blogger honoured the summons and presented himself at the CID headquarters at around 10 AM. While at the Kiambu road facility, Alai would still find time to tweet and retweet ‘pro-himself’ messages.

Being arrested because I said that Kimemia was meeting a judge. #KenyansRevolt

Trolls can troll. They are like the Michukis then who collaborated with colonialists. #KenyansRevolt

Police complain when Kimemia is talked about but not when Raila is. #KenyansRevolt’

The blogger was then arraigned at Milimani Law Courts and according to him, the charge was ‘Causing annoyance to Francis Kimemia’.
He was later released on cash bail.

Here are the tweets that got him there in the first place.

What Happened To ‘Bring Zack Back Home’?.. This Happened.. The Director is Now Westlands MP Elect < Previous
Hilarious Jokes About CORD’s 900 Page Affidavit Next >
Recommended stories you may like: