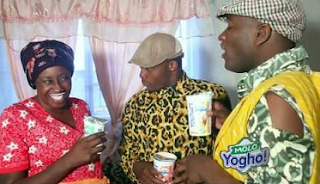 Molo Milk is Kenya’s most preferred milk brand ahead of Brookside and New KCC products.

A consumer study carried out in December 2012 shows that Molo Milk, manufactured by Buzeki Dairy, commands 18 per cent of the processed milk market followed by Brookside Dairy’s Tuzo and Ilara brands with 15 per cent each.
Three Brookside Dairy brands — Tuzo, Ilara and Brookside — enjoy a combined market share of 42 per cent, according to the Consumer Insight survey.
State-owned New KCC are placed at position five with a 10 per cent market share, ahead of Githunguri Dairy’s Fresha brand which controls nine per cent of Kenya’s fresh milk market.
The research sampled 1,200 respondents in major urban centres through exit interviews with shoppers at points of purchase, mostly supermarket outlets.
This was the first time Consumer Insight tracked milk brands in its annual shoppers’ behaviour study dubbed Reja Shopping Survey.
Consumer Insight research manager Stellah Nyagah attributed Molo Milk’s performance to its price point and the aggressive marketing campaign it rolled out last year.
“As a basic need, consumers are most likely to go for the cheaper alternative,” said Ms Nyagah in an interview with Business Daily.
“Molo Milk did a lot of advertising last year, giving them visibility,” said Ms Nyagah, adding that the use of local comedians may have endeared the product to consumers.
Tuesday, the 500ml pouch of Molo Milk was retailing at Sh40, New KCC at Sh41 while a packet of Brookside was Sh50.
Statistics from a dairy sector report by USAid Kenya reveals that half of processed milk in Kenya is sold through mid-sized shops followed by neighbourhood kiosks, which account for 20 per cent.
Supermarkets account for only 10 per cent of fresh milk volume sales.
The report estimates that Kenyans consume 1.1 million litres of milk daily, mostly comprising of fresh pasteurised milk.

Erratic supply to processors due to poor weather has seen the retail price of milk go up from an average of Sh40 for a 500ml pouch, up from Sh35, as processors said they have to pay farmers a premium to secure supplies.

Brookside’s strategy to acquire Spin Knit and its Tuzo brand in 2010 has paid off as it has now become its flagship product alongside Ilara.
The Ruiru-based milk processor – associated with the Kenyatta family – is Kenya’s largest milk processor with a processing capacity of 750,000 litres per day.
Brookside, founded in 1993, has operations in Kenya, Uganda and Tanzania and exports to Comesa countries, southern Africa and the Middle East.
The Kilifi-based Buzeki Dairy is an offshoot of Buzeki Enterprises which was Spin Knit’s sole milk distributor for the coastal region.
Business Daily
Did Kim Kardashian Call Nigeria Women Apes? < Previous
Shocking: Why Kampala International University Has Been Blacklisted (Photo) Next >
Recommended stories you may like: