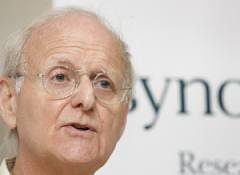 The latest weekly presidential opinion polls commissioned by Citizen TV were released last night on the station’s Monday Special show. For the first time, 3 research companies were involved in the exercise with Strategic Research Africa joining Ipsos Synovate and Infotrak.

All companies projected a Raila Odinga win, but not with the 50% required to avoid a runoff. These were the results by the three pollsters. (numbers in percentage)

This is the first time Ipsos gave Raila a larger margin of victory than Infotrak.
All pollsters found Raila ahead of Uhuru in: Nyanza, Nairobi, Coast, North Eastern, Eastern*, Western. Uhuru meanwhile takes an clear lead in the vote rich Central and Rift Valley provinces, and in Eastern according Strategic Africa.

Over the last few weeks, Uhuru has been catching up with Raila, narrowing the gap from over 6 points to the current 2 points.
This week’s polls were conducted before the Jubilee candidate launched his manifesto and it will be interesting to see if that will have any impact on next week’s polls.
© nairobiwire.com

Dr.Otieno’s Son Receives KCPE Results Via SMS on a Nokia (Hilarious) < Previous
What Happened To Janet Mbugua’s Hips. Before And After Pictures Next >
Recommended stories you may like: