By Ken   /   Thursday, 03 Jan 2013 07:50PM   /   Leave a Comment
Mario Balotelli was yesterday involved in a training ground bust-up, with City manager Roberto Mancini, and was unlucky to have the incident caught on camera.
Reportedly, Balotelli took a swipe at teammate Scott Sinclair towards the end of the training and was immediately told to leave by Mancini. The controversial player refused to go, prompting Mancini to attempt to physically drag him from the field.

The two then held each other by their ‘shirts’, but the other coaches were quick to intervene. Balotelli then drove off in his camouflaged Bentley. 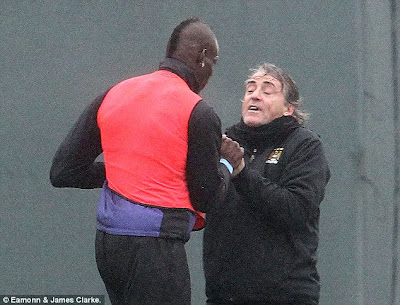 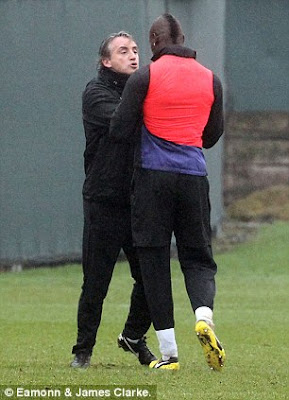 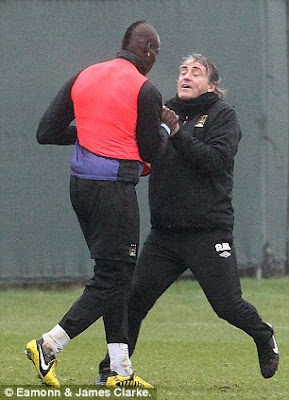 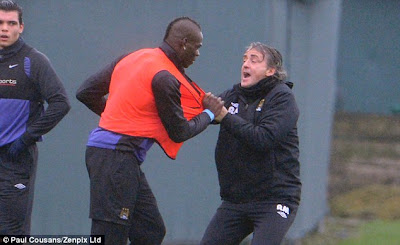 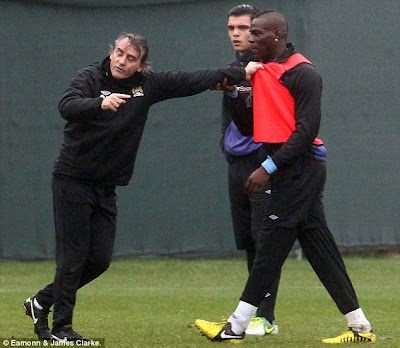 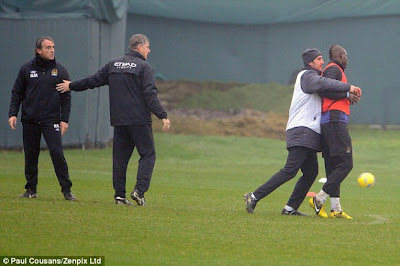 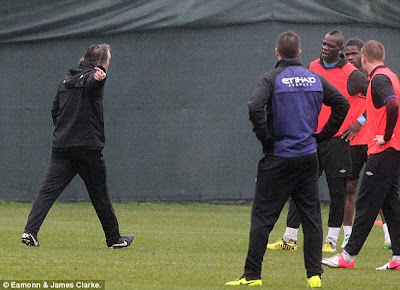 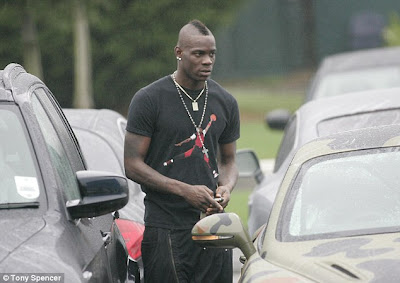 Billionaire Flavio Briatore And Supermodel Wife Spend Christmas in Malindi [ Pictures ] < Previous
Uproar As Citizen TV Bans ‘You Guy’ From Its TV Next >
Recommended stories you may like: