How To Be A Good Boyfriend 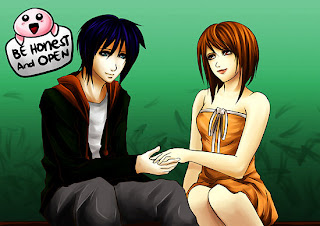 #1 Treat her like a lady
Boyfriends aren’t born great. They become good boyfriends by knowing how to behave with women and the girl they love.
One of the first steps in getting the admiration of a girl you like is to treat her like a lady.
Learn to be chivalrous and understand what it takes to make her feel special.
It’s easy to play nice until you get the girl, and treat her like you don’t care once the chase is over, but guys who do that will never be able to hold on to a great girl who’s desired by all guys.

#3 Remember the special days
Do you ever forget your birthday? Of course, you don’t. You never forget your birthday because it’s a really special day that comes just once a year, right?
Don’t you think your anniversary is special too, or perhaps your girlfriend’s birthday? It’s really arrogant when a guy forgets a special occasion and then says it’s no big deal. If your own special day can be important, why can’t you understand that women give equal attention to their special days too. Try to make a conscious effort to understand your girlfriend and remember the special days if she’s indeed important to you.

#4 Be caring and affectionate
For men, what matters is physical intimacy and sex. For women, sex is equally important, but they do appreciate a lot of affection too. Just like sex matters to men, cuddles and affection matter just as much for women. Show your affection by spending time holding hands or sitting down in each other’s arms while having a conversation.
A warm hug and a few affectionate kisses mean more in love than wild sexual escapades. And it’ll help your relationship last longer too.

#6 Support your girlfriend when she’s in need
All of us need a helpful hand when we’re in need. You don’t need to be clingy and become her Man Friday who’s there to answer her every beck and call. But when your girlfriend genuinely asks you for advice or help, be there to help her out.
Your weekend games or your male bonding time may be important to you, but on a rare occasion that your girlfriend asks you for a bit of help, make sure you’re by her side. It’s always reassuring for a girl to know that she can depend on her man for a helpful hand.

#7 Learn to apologize
Now this isn’t just isolated to boyfriends, but since we’re going over how to be a good boyfriend, we’ll stick to the man’s side of things. It may be egoistically painful to apologize, but sometimes, it’s a generous and yet humble move when a man can apologize to his girlfriend even if he’s not the one who’s wrong.
In the heat of an argument, it’s easy to get egoistic and have tempers flying on a high, but always remember that a simple apology can end the fight and help both of you communicate better. At times, apologize to your girlfriend even if it’s not your fault for the sake of the relationship.
P.S. You can always hint to your girlfriend that you’re still right when both of you are having a laugh after a few hours. It’ll help both of you sort your differences without getting blinded by anger or ego.

#8 Listen to her needs
Communicate and understand her needs and wants. Try to understand your girlfriend’s feelings, and even if she ever does sulk or behave grumpily, try to understand what’s going on in her mind instead of retaliating back in anger. Sometimes, women may find it easier to sit by themselves or throw an angry fit instead of getting straight to the point. It’s one of the differences in the way men and women react to pain or anger.
Instead of getting angry over her behavior, realize that men and women are different in such cases and try to understand her mind without losing your cool. It’ll make her feel better, and you a lot more understanding over time.

#9 Don’t try to dominate her
Most guys have a tendency to dominate their girlfriends. It may start out subtly in little ways like watching a favorite show or telling the girlfriend to avoid speaking to a few particular friends. But eventually, the urge to control a partner grows to an uncontrollable level, especially after marriage and even more so if the man’s the sole breadwinner.
This is one of the worst ways of trying to hold a relationship together. Instead of trying to dominate, learn to communicate. You can’t cage a lover or try to manipulate them into becoming what you want them to be. Love is about the attraction between two individuals. If you try to change someone, it’s not love that’s holding both of you together, it’s your insecurity and cowardliness.

50 Romantic Things To Do For Your Boyfriend / Girlfriend < Previous
US City of Minneapolis Donates Ambulances Worth Sh 120 Million To Eldoret Town Next >
Recommended stories you may like:

How to Cope with ADHD as an Adult?