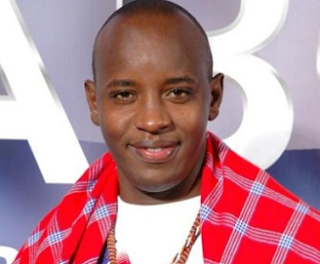 NTV’s managing editor, Linus Kaikai is set to say I Do this month. The wedding will take place just a few days before Christmas. Kaikai will wed Jacinta Mueni on December 22, at a ceremony reportedly at the Don Bosco Church, Upper Hill. This follows a successful dowry ceremony at the girl’s home in Ukambani last weekend. The veteran journalist hails from the Maasai community.
Kaikai joined NTV in 2009, as the managing editor, a position he has held since. Previously he was in KTN on a similar position. He is one of the very few journalists to have interviewed president Kibaki, since he took power in 2002. The chance came when Kibaki was on a trip to the Maasai Mara in 2008. He has also interviewed Uganda president Yoweri Museveni, but on this one, his performance has been used against him by people who opposed his recent appointment as a presidential debate moderator.
The journalist has in the past few weeks had a difficult time at Nation Media after most of the station’s leading reporters and news anchors ‘defected’ to KTN. Some of these include Mohammed Ali, John Allan Namu, James Smart and Linda Ogutu.
© nairobiwire.com
Antivirus Millionaire John McAfee Arrested For Murder < Previous
Revealed: How UhuRuto Handed Kalonzo To Raila Next >
Recommended stories you may like: