Not Even The Others Combined Would Beat Peter Kenneth 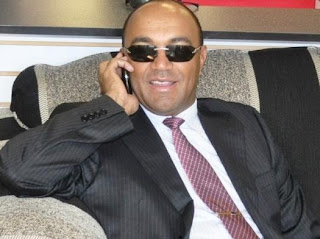 Someone or some people have not been so happy about the opinion polls being released every few weeks. Unlike in the United States where opinion polls by 100 companies show very minimal discrepancies, and where the elections turn out that way, opinion polls in Kenya are the exact opposite.
With only two ‘credible’ and regular opinion pollsters in Kenya, namely Synovate and Infotrak, Kenyans have been treated to what can only be regarded as ‘statistical guesswork’. The most recent opinion poll by Infotrak gave Raila 35%, with Uhuru at 24%. Synovate had previously given Raila 36% with Uhuru at 30%. The difference between the two is 11 for Infotrak and 6 for Synovate.
Even if you are the kind that has supported the pollsters all along, you’ll have questions. During the recently concluded US elections, the difference between Obama and Romney rarely went to above 3, with any pollster.
There have been allegations after allegations. Senior Synovate staff have been accused of holding secret night meetings with leading politicians, while Infotrak has been on the spotlight for having almost all top management from a single community. Perhaps this is what has motivated some people to carry out their own opinion polls.
One poll currently running on Facebook, has caught our eyes. The poll is in no way scientific, but it has some very interesting figures.
Already, over 8000 people have voted, unlike the 2000 Synovate and Infotrak boast of. Below are the result as of Sunday.
Peter Kenneth – 57%
Raila Odinga – 20%
Uhuru Kenyatta -11%
Martha Karua – 3.5%
William Ruto – 1.7%
Musalia Mudavadi – 1.3
Kalonzo Musyoka – 0.9%
You can take part in the poll HERE
© nairobiwire.com
Nairobi Half Life Leads in Kalasha Awards Nominations < Previous
Popcaan To Perform In Kenya on New Years Eve Next >
Recommended stories you may like: