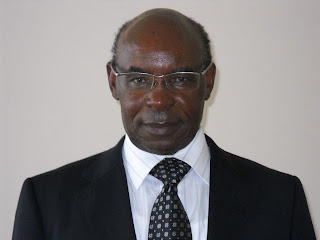 SK Macharia has been named by Forbes magazine one of the African millionaires to watch in 2013. The media mogul has been listed alongside 9 other African millionaires who may move markets in the coming year.
Last year, Forbes listed 10 Africans to watch, 3 of whom ended up in this year’s list of 40 richest Africans. Among them is Kenyan industrialist Naushad Merali, the businessman behind the successful Sameer Group of Companies; a conglomerate of multi billion shillings companies like Sasini Tea and Coffee ltd, Commercial Bank of Africa, Kenya Data Networks (KDN) among many others. He is listed as number 39 on this year’s Forbes list.
Read: Forbes Drops Uhuru Kenyatta From Africa Richest List
SK Macharia is the chairman and owner of Royal Media Services, which is the mother company of Kenya’s most watched TV station Citizen TV, and close to a dozen radio stations, most of which are the most popular vernacular radio stations, in their respective communities.
He has also invested heavily in Banking, Insurance, transport and real estate.
Next year, SK Macharia may just meet the cut, to be listed among Africa’s richest. This year, the 40th richest has a wealth of  $400 million.
© nairobiwire.com
Mugabe Donates $20 Million To His Own Country Zimbabwe < Previous
Forbes: Uhuru Kenyatta Is No Longer Kenya’s Richest Man Next >
Recommended stories you may like: