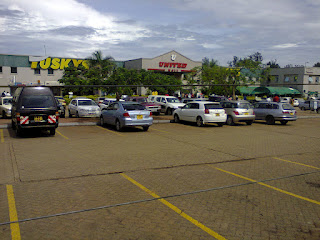 Tuskys Supermarket is still nursing the wounds of what is probably its biggest theft yet. A Tuskys branch in the lakeside city of Kisumu this week lost Sh 8.8 million in not very clear circumstances.

Reportedly, the branch manager requested the chief cashier for the keys with an explanation that he was going to look at the account books and the cashier complied. That was the last that was seen of him. He failed to report to work on Monday and attempts to reach him on his phone were met by a ‘mteja’ message. He has also gone missing from his home.
Despite the explanation, the chief cashier was not to walk scot free. He was yesterday arraigned in court for being part of, or aiding in the theft.
Recently, a cashier in another supermarket, Maathai Supermarket, was charged in a Ruiru court for stealing Sh 1.8 million from her employer.

Crazy Celebrity Looks In The Year 2030 < Previous
The day I did surgery dressed like a priest – #Peremende Movement Next >
Recommended stories you may like: