I Did Not Sneak Out Of Parliament In A Car Boot 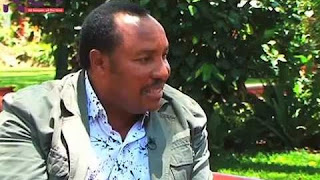 Embattled Embakasi MP Ferdinand Waititu was hosted on Jeff Koinange’s bench yesterday, where he got a chance to explain himself. The legislator recently caught up in incitement allegations claimed that the video clip showing him telling youths to chase away Maasai’s was edited.

The MP also denied that there were 3 deaths in Kayole as a result of his utterances. He singled out NTV, as spreading this rumour and said that he will be suing them. He also added that the media house led in editing the clip. He said, “That a whole media like NTV can edit my speech and tell lies about death of people surprised me.”
He was quick to see an enemy hand in his tribulations saying that the media is being used to fight him, since he is the most popular candidate for the Nairobi governor seat.

When asked about Uhuru and TNA’s condemnation of his acts, Waititu said that his party did the right thing to do, and that he would have done the same had he been in their position. He said that he took all condemnation with courage.
The MP also denied escaping from parliament in a car boot as had been previously reported. He said that he freely drove out of parliament in his car, well before the time reported by the media.
“I went out with my own car and went to my house the whole day and no one came looking for me,” He said

Parting shot: You may think you are cornering me but am the voice of the voiceless, and my people are there.
© nairobiwire.com