By Ken   /   Monday, 13 Aug 2012 08:09PM   /   Leave a Comment
A jua kali artisan from Murang’a County recently used a dozen pair of underpants of different colours and sizes to get his wife rushing back to his house after she had ran away.
The wife had sought refuge at her parents home more than a month earlier after rumours that her husband was unfaithful, leaving behind a young child aged two and a half years to punish him.
Since the man had not been unfaithful, he vowed never to go for her. But one week of taking care of the toddler made him change his mind.
He gathered a couple of elders to escort him to the wife’s parents’ home where her parents demanded a heavy penalty from him for being unfaithful to their daughter. 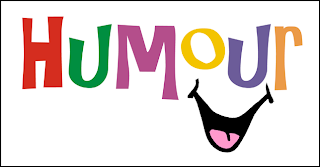 Since he had no money, the man returned home without his wife. The following day, the pastor of his church summoned him and gave him a novel way to get his wife back.
“Sometimes it is better to employ one’s wits than rely on brawn. You just need to get enough money to buy women underpants and I will show you a method to beat her at her game,” the pastor assured the man.
Following the pastor’s advice, the man bought a dozen women pants and bras of different sizes, colours and quality.
The following morning, he washed a pair of medium-sized, black pants and a bra and hang them outside his house in the direction facing the road where he was sure passersby would see.
That evening, news reached his wife that the man had brought another woman into her house.
The following day, he washed another pair of small-sized, red panties and a bra and hung them outside the house to dry. The pantie and bra news reached the wife that the man was now dating a young girl.
The last straw was when, on the third day, the man hung a pair of very large, beige panties and bras marked XXL.
“Mama Shiku, you better start looking for another man to marry you, as your husband has brought home a momo (a giant woman),” news reached the wife. That same evening, she packed her belongings and headed back to her home.
“I will fight with that obese husband snatcher. It is either she kills me or I kill her,” she vowed.
When she got to the door of her matrimonial home, she knocked menacingly and shouted for the door to be opened so  she fight the rival woman.
Her husband opened the door calmly and asked which woman she wanted for fight.
It was after searching in all rooms and under the bed that she realised there was no other woman in her house.
“I wanted you to come back. But should you run away in future, know that I will actually get another woman,” he warned.
By Joseph Muchiri for Crazy Monday
Mathai Supermarket Cashier Steals Sh 1.8 Million < Previous
Arsenal Invites Rudisha To The Emirates Next >
Recommended stories you may like: