Bolt Believes Ronaldo Is Without A Doubt Better Than Messi

“Cristiano Is Better Than Messi; Without A Question” 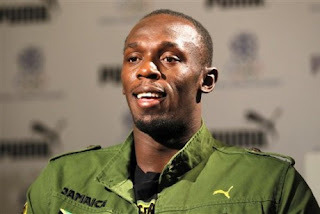 Multiple Olympics gold medalist Usain Bolt has backed Cristiano Ronaldo to defeat Messi for the Ballon d’Or this year. Bolt said that Ronaldo is the more complete player of the two and following his performance last season, he deserved to win it.
In an interview with a Portuguese TV station, Bolt said, “No doubt Cristiano is better than Messi. He is a more complete player, I would give [the Ballon d’Or] to Cristiano. He has managed to stay on top and that’s the most difficult thing.”
Bolt and Ronaldo are good friends and the sprinter has often traveled to Watch the footballer in action. Bolt is also a strong supporter of Ronaldo’s former and current club, Manchester United and Real Madrid respectively.
© nairobiwire.com
Tanzanians Watched PCEA Women Die And Asked For Money To Help < Previous
Jicho Pevu’s Mohammed Ali Graduates Next >
Recommended stories you may like: