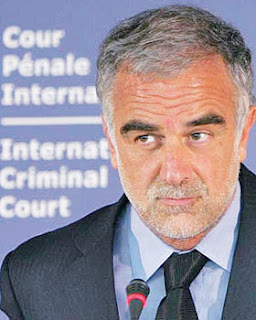 Outgoing prosecutor of the International Criminal court, Luis Moreno Ocampo, is expected to head the new FIFA ethics committee, after departing from the Hague. BBC reports that should he take the job, he will be responsible for investigating corruption allegations and breach of ethics rule.
Ocampo is particularly famous in Kenya for the cases he spearheaded against the 6 and now 4 Kenyans who were suspected of committing crimes against humanity. His term at the ICC will come to an end this year and his replacement has already been identified.
At football body, FIFA, Ocampo will be tasked with bringing back confidence in the leadership, especially because there have been wide spread allegations of corruption at the top. During the last FIFA election, a competitor for the president was banned for involving himself in corruption. That gave Sepp Blatter an easy ride to the presidency again.
Ocampo is not new to the football world because at one time, he was a defense attorney for world cup winner, Diego Maradona.
© nairobiwire.com
Kid Wakes Up High After Surgery Due To Anesthesia. (HILARIOUS VIDEO) < Previous
Kibaki Prevents Security From Scaring Doves That Rested On His Feet. Next >
Recommended stories you may like: