Julie Gichuru Is Producing A Movie. 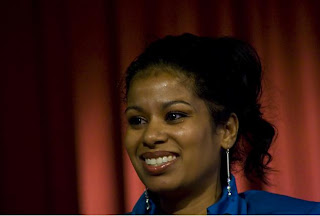 Sunday Live presenter, Julie Gichuru, has taken up movie production. Julie is the executive producer of a movie titled kimya, being shot by imagine pictures, where she is a partner.The movie revolves around a government officer who has records of corrupt deals that go on in the government circles, and wants to expose them.
Julie is also a producer of a TV series, Maisha that is currently in pre-production. Maisha, which was previously a short film, is been converted into a 13 episode TV series.
© nairobiwire.com
Jicho Pevu’s Mohammed Ali Is Journalist of The Year. < Previous
Busted’s Ciku Interview On CNN. Oh My God. Next >
Recommended stories you may like: